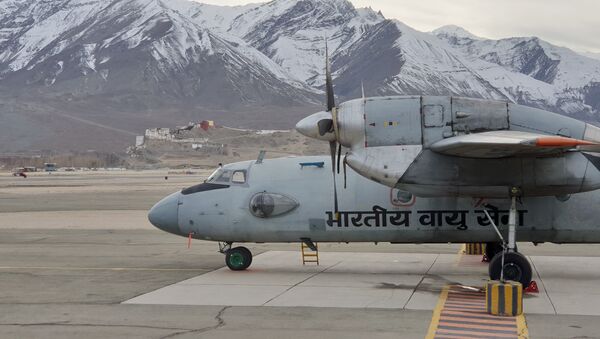 New Delhi (Sputnik): The Indian Air Force (IAF) is aiming to cut fuel costs by around $4 billion by 2024. With the successful test of the biofuel- blend-powered transport aircraft , the IAF will gradually increase biofuel use across its fleet.

In a first, an AN-32 twin-engine military aircraft of the Indian Air Force on Friday successfully took-off with a 10% blend of Indian bio-jet fuel in both engines from Kushok Bakula Rimpochee Airport in Leh, near the border with China.

The aircraft was flight-tested and its performance was validated at Chandigarh Air Base prior to undertaking the operational flight to Leh, the IAF said, adding that the successful test flight also demonstrates the IAF’s capabilities to absorb newer technology, while supporting indigenisation.

Leh, at an altitude of 3,524 metres above sea-level, is not only prone to extreme weather conditions but is also a strategically important airfield, located just 250 km from the China border.

The bio-jet fuel is produced from non-edible ‘Tree Borne Oils’, grown and procured from the tribal areas of India’s Chhattisgarh state. The IAF’s efforts would assist in reducing the IAF's carbon footprint and India’s dependence on crude imports.

The technology to produce the fuel was developed by the CSIR-IIP lab in 2013, but could not be tested and certified for commercial use due to a lack of aviation test facilities in the country.