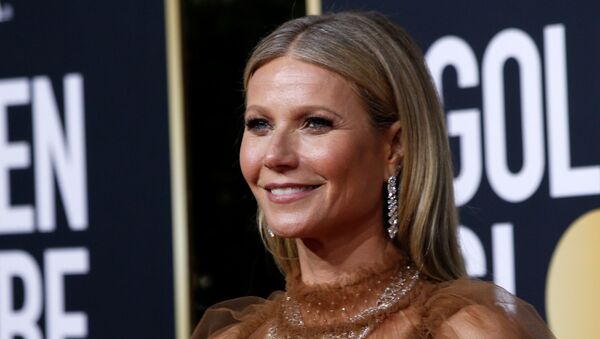 Svetlana Ekimenko
All materialsWrite to the author
Hollywood star Gwyneth Paltrow launched her brainchild Goop in 2008 to tap into the wellness market as a “lifestyle brand”, offering a combination of lifestyle products, clothing, accessories, and, occasionally, medically questionable self-care products that are all noted for their high price tag.

NHS England has waded in on the controversy surrounding Hollywood actress Gwyneth Paltrow and her wellness company Goop.

“Myths and misinformation have been put on steroids by the availability of misleading claims online. Gwyneth Paltrow's brand peddles "psychic vampire repellent" ($27); says "chemical sunscreen is a bad idea"; and promotes colonic irrigation and DIY coffee enema machines, despite them carrying considerable risks to health and NHS advice clearly stating there is "no scientific evidence to suggest there are any health benefits associated with colonic irrigation".

Sir Stevens continued: “While the term "fake news" makes most people think about politics, people's natural concern for their health, and particularly about that of their loved ones, makes this fertile ground for quacks, charlatans, and cranks.”

The official deplored that consumers were risking their health and wasting their money on “too-good-to-be-true remedies”, adding:

“And now we have dubious “wellness” products and dodgy procedures available on the web."

Neither Gwyneth Paltrow nor Goop have responded yet with an official comment.

Sir Steven's comments come days after The Goop Lab was first aired on Netflix on 24 January.

The Goop Lab is an American documentary series about the lifestyle and wellness company Goop, founded by American actress Gwyneth Paltrow.

I can't wait for Goop's new scented candle, "This smells like my aborted fetus". pic.twitter.com/ADnBnhxFYi

In 2017, a consumer advocacy group filed a complaint against Goop accusing it of selling medicinal products with "deceptive" health claims and singling out in particular the brand’s vaginal "Jade Egg", inserted to “boost femininity”, which cost $66.

Me and @lexi__zhu star of “the pleasure is ours” episode of #thegooplab. Premieres this Friday, only on @netflix 🌺

Paltrow had to pay $145,000 in civil penalties for the false advertisement.

Nevertheless, Goop has found a staunch following of clients who have gravitated toward the company's items despite criticism from medical professionals.