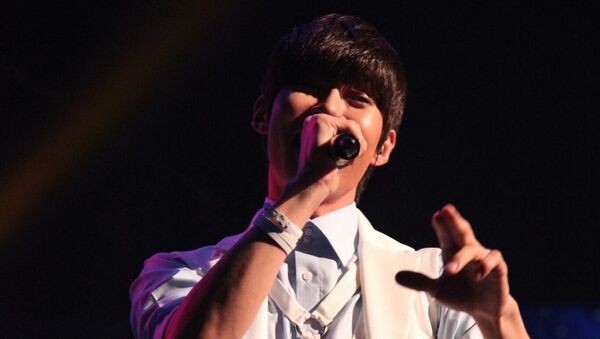 The famous ballad trio will come back after six years away from the stage.

K-Pop veterans 8Eight announced on 31 January the release of a single with all three original members through the group's label Big Hit Entertainment, the company which also houses worldwide famous boy band BTS, one of the first bands to bring South Korean music to the global stage. The single will be produced by Bang Si-hyuk, the owner of the company, and composer Wonderkid and will be released on 7 February.

​8Eight debuted in 2007 with Lee Hyun, Joo Hee, and Baek Chan and the group won fame with its hit song "Without a Heart" in 2009. The band was famous for its emotional ballads with appealing vocals. In September 2014, the group released its last digital single as a trio "Let's Not Go Crazy". But in December of that year 8Eight was disbanded due to the end of their exclusive contracts with Big Hit Entertainment. Despite different activities, in 2019 the band celebrated 10th anniversary of their release “Without A Heart” together.

Bighit was really struggling before BTS and had to let go/disband their artists but now that theyre financially stable and a top company, instead of looking for new artists to manage, they really decided to regroup 8eight and give them a comeback and i think thats beautiful.

8Eight is one of the seniors groups on BigHit, one of them is Lee Hyun (knowing as BigHit only soloist). Their voices are so beautiful,. I hope everyone can support them on their comeback :)

I NEED 8EIGHT TO HAVE A AGE CRISIS(lmfao)

WITHOUT A HEART - 8EIGHT

you already know about this isnt it, this ballad song omg so good!!!💜💜💜
cant wait for them pic.twitter.com/vaRck6c2Yw

YOOOOO 8EIGHT ARE BACK OMG