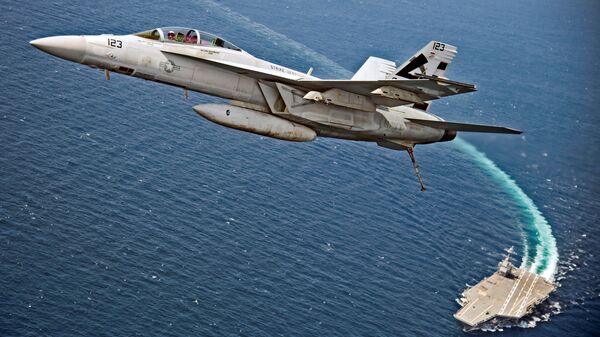 Ilya Tsukanov
All materialsWrite to the author
The embattled USS Gerald R. Ford (CVN-78), flagship of the new Ford class of carriers which the US Navy plans to eventually replace its Enterprise- and Nimitz-class warships with, is currently years behind schedule, and facing a slew of issues which US lawmakers have complained seem to have no “end in sight.”

A new report by the Pentagon’s Director of Operational Test and Evaluation (DOT&E) has sounded the alarm about serious “deficiencies and limitations” in the USS Gerald R Ford aircraft carrier’s defensive systems.

The report, an advanced copy of which was seen by Bloomberg, cites problems with the $13 billion carrier’s radar, electronic warfare and ship-to-ship communications data network, with these issues said to “reduce the overall self-defence capability of the ship.”

The report complains that the Navy has yet to provide funding for three crucial tests using a specialised ‘self-defence’ vessel to put the carrier through its defensive paces, and adds that if this issue is not addressed, “testing will not be adequate to assess the operational effectiveness of the CVN-78 combat system.”

The DOT&E report places special emphasis on problems related to the ship’s electronic warfare surveillance system, built by weapons giant Lockheed Martin, with that system said to have demonstrated performance so poor that the Navy decided to delay further operational testing until the issues were resolved.

The report also mentions ongoing problems with the F-35, Lockheed’s $1.5 trillion do-it-all fifth-generation fighter jet, including the “unacceptable” accuracy of its 25 mm gun, caused by “misalignments” in the gun’s mount. The mounts themselves are said to face cracking issues, pushing the Air Force to restrict their use. 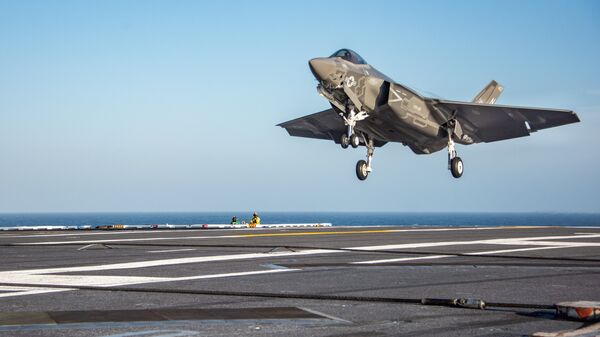 The DOT&E flagged over a dozen Category 1 “must-fix” problems with the combat jet, including major issues with the plane’s maintenance and logistics software, cybersecurity problems, and reliability concerns. Furthermore, the watchdog complained that the fixing one problem seems to lead to a whack-a-mole-style popping up of others, “resulting in only a minor decrease in the overall number.”

The DOT&E says the military’s fleet of F-35s continues to fall short of 80-percent mission capable requirements, with the Navy F-35C in particular suffering “from a particularly poor” mission-ready status.

Hailed as the largest, most intricate and most expensive aircraft carrier in history, the 100,000-tonne USS Gerald R. Ford cost some $4.7 billion to develop, and another $13 billion to build. The warship has faced a myriad of costly problems, including issues with its weapons elevators, headaches with its propulsion system, and other issues. The carrier was commissioned in mid-2017 and initially expected to become mission ready in 2018, with that date continually pushed back and now slated for t 2022. Last year, commenting on the munitions elevator problem, Democratic Representative Elaine Luria complained that she couldn’t “see an end in sight right now” in resolving the issue once and for all.