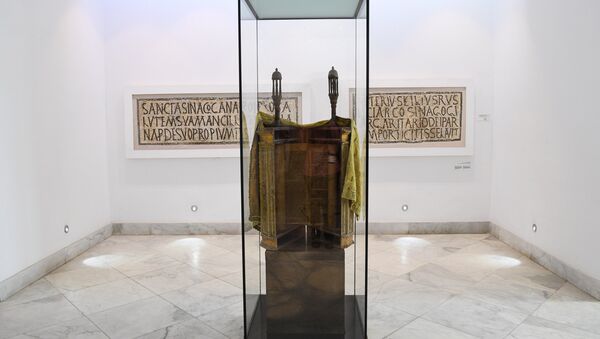 The rabbi's predictions, which reportedly point to the Iranian nuclear program, stem from a particular phrase he allegedly deciphered from sacred Hebrew texts.

Researchers have been studying ancient Hebrew religious texts for possible cryptic messages prophesising future events, and it seems that yet another omen related to the situation in the Middle East has emerged, the Daily Star reports.

According to the newspaper, the reveal was made by Rabbi Matityahu Glazerson who claims that a certain bit of “code” he uncovered appears to be predicting Iran acquiring nuclear weapons this year.

As the rabbi explained, the code in question contain the phrase “Iran Atomic” and points at the year 5780 which, according to the Hebrew calendar, started in September 2019.

Previously, Rabbi Glazerson claimed that the end of days will occur by 2021, noting that this prediction depends on whether Jews keep "repenting" and "keeping everything which God wants them to keep".

“Hoping we will soon have Messiah coming and he will finish and burn out the enemies of Israel”, the rabbi said in one of the videos he uploaded to his YouTube channel. “And then peace and quiet will come to the whole world.”