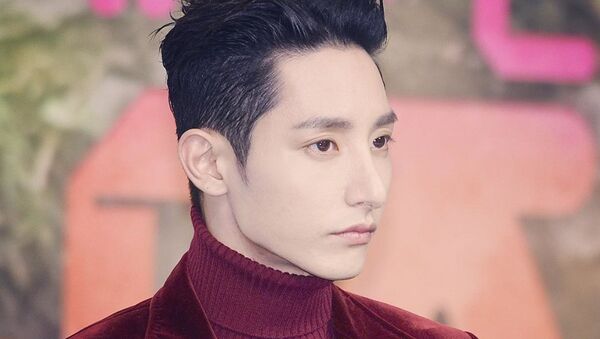 Two South Korean actors Jang Ki-yong and Lee Soo-hyuk are confirmed to be starring in KBS 2TV’s upcoming drama with the working title “Born Again” scheduled to air in April, Naver reports on 30 January. Jin Se-yeon, who is currently starring in the historical drama “Queen: Love and War”, is also reportedly ready to join the cast as the female lead.

The drama will tell the story of the love triangle between two men and a woman back in 1980, who were bounded by ill fate to be reborn and to rekindle their love and lives.

Jang Ki-yong is going to play role of Cha Hyung-bin, who used to be a detective in 1986 and is reborn in 2020 as the prosecutor Kim Soo-hyu. Lee Soo-hyuk is going to play his opponent, a serial killer in 1986 who is reborn as medical student Cheon Jong-beom in 2020.

i just hope lee soo hyuk is not the second lead again 😂 https://t.co/fhA0xkR1Si

Jang Ki-yong debuted as an actor in “It’s Okay, That’s Love” and took several awards as the best actor in 2018. He joined such successful projects as “Beautiful Mind”,“Come and Hug Me” and “Kill It”.

Lee Soo-hyuk, a South Korean actor and model, is famous not only for his proportions, but also for his velvet voice. He has been a model for Balenciaga and Balmain, and was also a judge in "America's Next Top Model" at the invitation of Tyra Banks herself. The role of Gwi, the vampire from "The Scholar Who Walks the Night" brought him fame as an actor.

Jin Se-yeon was an idol trainee for girl group Jewelry back in the 2000s, but decided to try her hand at acting, appearing on multiple shows. Jin Se Yeon is known for her roles in historical dramas and films such as "Bridal Mask", "Flower in Prison" and "Operation Chromite" in which she starred alongside Liam Neeson.