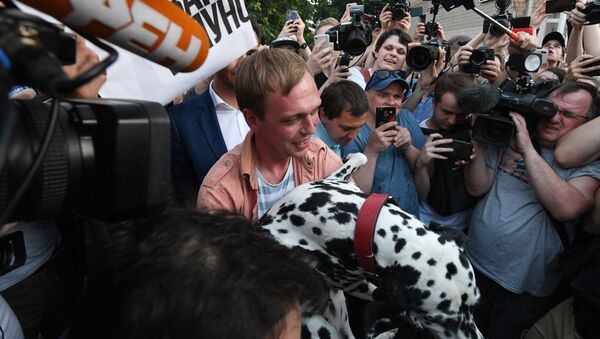 MOSCOW (Sputnik) - Russia's five former police officers who were detained over their role in the case of journalist Ivan Golunov will face charges as they are accused of faking up the evidence of Golunov's guilt, the Russian Investigative Committee's spokeswoman, Svetlana Petrenko, said on Wednesday.

"All of them were detained, investigation activities are being conducted, and the investigators will soon bring indictments. According to the investigators, the police officers planted narcotic substances into Golunov's backpack and into his flat, in order to institute criminal proceedings against him illegally," Petrenko told reporters.

She went on to say that the drugs had been purchased, stored and transported illegally.

She said earlier in the day that the police officers were interrogated over the case, in which the journalist, known for covering corruption-related stories, was detained in Moscow in June after the police found drugs in his possession. Golunov maintained that the drugs had been planted on him, and charges were later dropped due to lack of evidence.