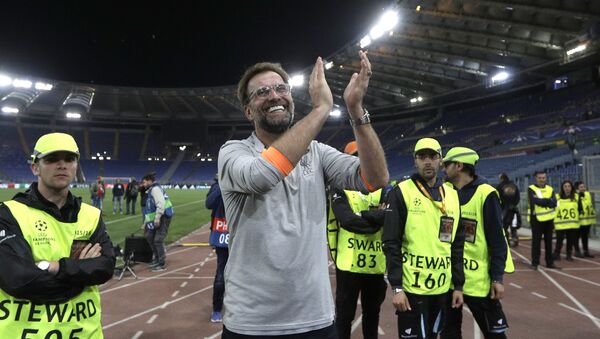 Jurgen Klopp, manager of UK Premier League club Liverpool, earlier faced a backlash as he confirmed he and his senior players will observe the winter break, sending a young team led by under-23s coach Neil Critchley to Liverpool’s fourth-round replay against Shrewsbury Town on 4 February.

Jurgen Klopp’s decision to skip Liverpool’s fourth-round replay against Shrewsbury Town in Anfield and take a winter break with his senior team has the potential of setting a dangerous precedent which could “destroy” the FA Cup, claims pundit Simon Jordan.

As he slammed Klopp for his plans to accompany his senior players on the full two-week break, he said on talkSPORT:

“You knew Liverpool had to play in the FA Cup and you can leave the players out, that’s fine – but you’ve got to be there mate!”

“He’s in no way wrong saying to the players, “a break is a break and I want you to have it”, but that doesn’t excuse him from being in the dugout. You step out of that and you start to bring anarchy. Liverpool Football Club in all its formations are under his direction as the public face and you have to use your influence properly… the next thing you know, there will be no FA Cup!”

As the former Crystal Palace owner lambasted Klopp's decision, he also suggested that the German manager wasn’t loyal to Liverpool.

“The one thing a football manager cares about is himself first, his players second and the opportunity that exists for him third. Does Klopp prioritise himself? Of course, they all do! But his football manager perspective is, he left Dortmund to come to Liverpool because it was a better opportunity and believe me, believe me, as sure as day follows night, as soon as a better opportunity than Liverpool comes along for him, he’ll be off,” said Jordan.

Jordan also suggested the danger for the FA Cup competition lies in that other coaches may want to follow suit.

The comments came as once his team drew 2-2 with Shrewsbury in the Premier League, forcing a replay, FC Liverpool manager Jurgen Klopp admitted his entire first team would go ahead with their warm-weather break.

Instead, the Under-23s boss Neil Critchley will take over, as was the case in the Carabao Cup defeat to Aston Villa.

The pundit believes the FA Cup is being “dimmed” year on year.

A similar thing happened in the Carabao Cup quarter-finals against Aston Villa, who beat the youngest Liverpool team in history 5-0 at Villa Park, while Klopp and the senior team were in Qatar for the Club World Cup and were obliged to skip the domestic competition.

At the time, the decision was forced by scheduling, with Liverpool reportedly intimating now that a similar confusion had generated the recent row, as the Premier League set a “winter break” when the FA decided on that date for the replay.