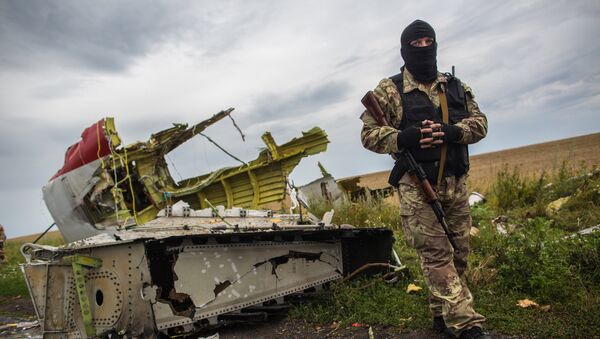 BERLIN (Sputnik) - Josef Resch, a German detective who conducted his own investigation into the 2014 downing of Flight МН17 in eastern Ukraine, said that he was ready to take part in the upcoming hearings on the case in The Hague's district court as a witness for the defence.

"I think that one of the suspects and their lawyers would invite [Mustafa] Afshar [one of the detective's employees] and me as witnesses in the trial in The Hague to unveil all the evidence," Resch said.

He added that unless all evidence was presented to the court, the trial would "have no legal ground at the international level" and "everything else would be absurd."

On Tuesday, a representative of the district court said that a law firm had notified the court about its intention to defend at least one of the four defendants in the case. However, neither the name of the representing firm nor defendant has been revealed. The hearings are scheduled for March.

In July, Resch said that he had tried to provide Dutch prosecution and the Dutch-led Joint Investigation Team (JIT) with new materials about the crash, but was refused when he asked for the materials to be made public. According to Resch, the materials include important audio recordings of pilots and phone conversations between Ukrainian servicemen that the JIT did not consider as evidence. 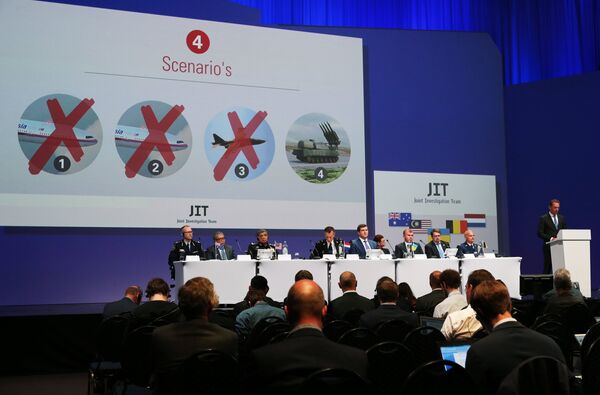 The Malaysian Airlines Boeing crashed on 17 July 2014 in eastern Ukraine while en route to Kuala Lumpur from Amsterdam. All 298 people on board were killed. Kiev and the self-proclaimed republics in Ukraine’s easternmost Donbass region, where the plane was shot down, exchanged blame for the incident.

The Dutch-led international team probing the crash named Russian nationals Igor Girkin, Sergey Dubinsky and Oleg Pulatov, and Ukrainian national Leonid Kharchenko as suspects in the case, saying that arrest warrants would be issued. Media has suggested that the suspects will be tried in absentia.

Russia has on multiple occasions denied its involvement in the tragedy, saying it will not accept the results of the Dutch-led probe since it has no access to it.