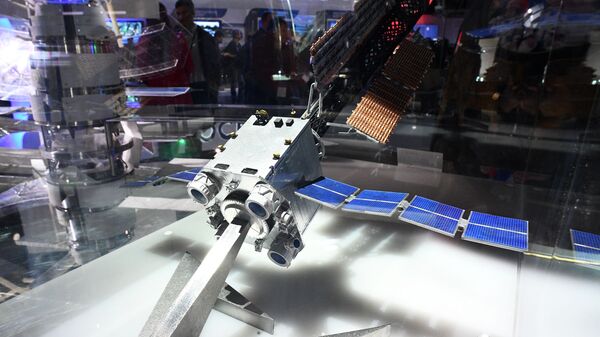 Ilya Tsukanov
All materialsWrite to the author
The secrecy-laden project, in development since 2010, is intended to facilitate the transportation of large cargoes in deep space, including for the purpose of creating permanent bases on other planets in our solar system.

In a presentation at the ongoing Korolev Academic Space Conference in Moscow, Urlichich explained that the tug will be launched in 2030 for flight testing, with series production and commercial use to begin after that.

Roscosmos reported on the state of development of a unique space tug last year, with a scale model of the system, consisting of a transport and energy module featuring a mobile nuclear power plant, presented at the International Aviation and Space Show outside Moscow in the summer. 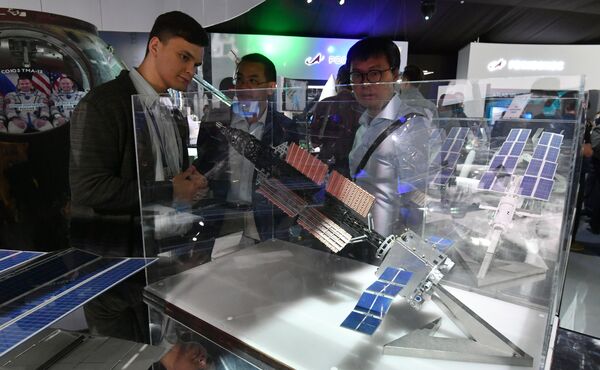 Model of prototype of the prospective space tug transport and energy module at the International Aviation and Space Salon in Zhukovsky, Moscow Region, August 2019.
© Sputnik / Михаил Воскресенский
/
Go to the photo bank

Expected to be fitted with a megawatt-class nuclear propulsion system, the system is designed to be able to haul large cargoes to distant planets. Roscosmos plans to build the technical complex necessary for the system’s launch at the Vostochny Cosmodrome in Russia’s Far East, with the infrastructure also expected to be completed by 2030.

Russian space engineers began developing the system in 2010. Design documentation and a number of components of a ground-based prototype were completed, manufactured and autonomously tested in 2018. In December 2018, Anatoly Koroteyev, a veteran Soviet and Russian rocket scientist and director of the Keldysh Research Centre, revealed that preparations were being made for space-based experimentation to verify the principles of operation of the elements of the mobile nuclear power plant, although no deadline was specified.

Russia’s Rosatom state cooperation is also said to be involved in the project.

According to publicly available data, the propulsion system will be powered by a gas-cooled fast neutron reactor, with a mixture of helium and xenon used for the cooling system amid core temperatures expected to reach up to 1,500 degrees Celsius. The system is expected to have a lifespan of 10-12 years.

The concept of a space tug spacecraft has been around in science fiction since at least the 1950s, with practical applications envisioned by the Soviet and Russian space programmes, as well as by NASA, starting in the late 1960s and early 1970s. Russia's RKK Energia Rocket Corporation proposed the 'Parom' ('Ferry') orbital tug concept in the mid-2000s. In the late 1980s, Soviet engineers proposed a nuclear propulsion system to carry cosmonauts to Mars. 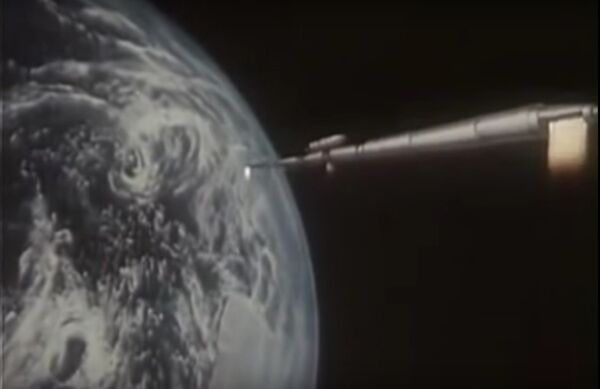