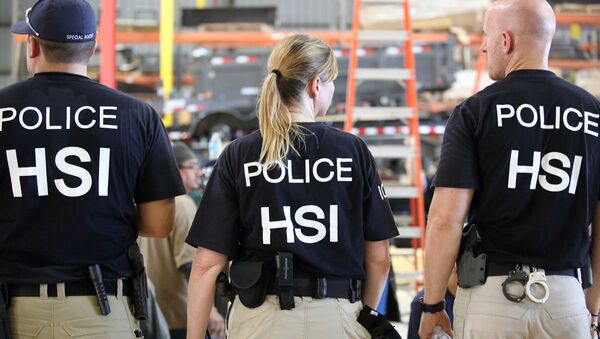 A British citizen, reportedly identified as Ben James Owen, 39, has died at Immigration and Customs Enforcement (ICE) Baker County Detention Centre in Macclenny, Florida. The cause of death is said to have been suicide by strangulation.

Owen reportedly entered the United States in July 2019 on a temporary visa and was later arrested by the Port Orange Police Department on suspicion of a felony of aggravated stalking, felony false imprisonment, domestic assault, and violating the conditions of his pretrial release, according to BuzzFeed News.

ICE reportedly arrested the British citizen after he was released from a custody on 15 January, initiating deportation proceedings.

A spokesperson for the UK Foreign Office confirmed the death of the British citizen in Florida, and UK officials have reportedly been in contact with the man's wife.

“Our staff are in contact with the US authorities following the death of a British man in Florida”,  a spokesperson for the Foreign Office in London said, cited by The Guardian.

According to ICE officials, cited by BuzzFeed News, despite the known preliminary cause of the death, the case "is currently under investigation".