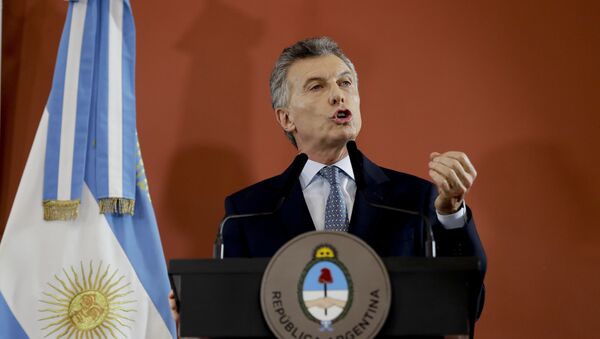 As Macri himself reportedly said, his new role will allow him to combine his three passions: education, football and helping young people attain a better future.

Mauricio Macri, a businessman who served as the President of Argentina from 2015 till 2019, has been appointed as an executive president of the FIFA Foundation, local news website Infobae reports.

According to the media outlet, this development was announced by FIFA President Gianni Infantino, who said that Macri "has the ideal profile to lead this project".

"Through his experience as a leader of a great nation he knows the central role that education has for the future of our societies and, as the leader of one of the most successful football clubs, he knows the unique strength and passion that our sport", Infantino said as quoted by the media outlet. "His experience and vision of the future will undoubtedly allow our foundation to intensify its work and expand its scope to contribute to social improvements throughout the world."

In response, Macri reportedly said that this appointment is an honor, adding that his new role will allow him to combine his "three passions: education, football and working for young people, so they have a better future".

The FIFA Foundation was established in 2018 as an independent entity whose objectives are "to help promote positive social change around the world and raise support for the recovery and reconstruction of damaged or destroyed sports infrastructure worldwide", according to a statement posted on FIFA’s official website.

The organisation’s goals are overseen by the FIFA Foundation board, whose notable members include Infantino himself, and may be supported by FIFA, FIFA Partners and FIFA Legends.