With New Products & Collaborations, Is China Planning To Surface as Key 5G Player in India? 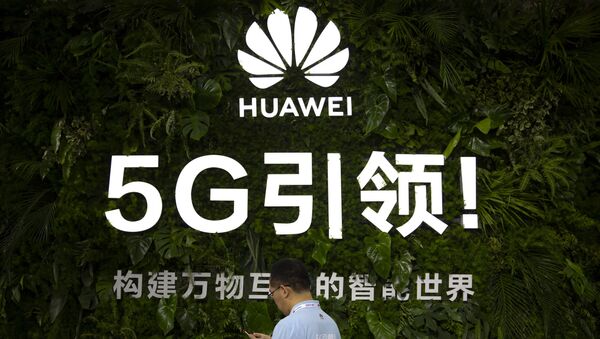 New Delhi (Sputnik): Ahead of India’s advent into the thick of next-generation high-speed internet, China has consistently tried to leave no stone unturned to establish itself as a prominent 5G player. While India is yet to begin its 5G trials, the technology is ready for a commercial roll-out in China this year.

To promote a joint research venture to develop technologies surrounding 5G, Chinese smartphone player OPPO has inked a two-year deal with the Hyderabad campus of the prestigious Indian Institute of Technology (IIT).

As part of the deal, OPPO, along with IIT-Hyderabad will work on fine-tuning camera technology, bettering battery performance and developing Artificial Intelligence (AI) among other technologies to better work with and improve compatibility with 5G.

As this collaboration comes just days after OPPO's Chinese parent company BBK Electronics announced a new sub-brand "iQOO" in India, which is set to enter the Indian market with a 5G phone, some important questions arise.

Is China uncertain about its 5G future in India or is the country trying too hard to figure out newer ways to establish itself as a prominent 5G leader in the country?

"Everybody likes to stay in the headlines. Besides, when it comes to 5G, China is far ahead of India. There is nothing wrong with the Chinese trying to pick Indian brains to develop 5G as a technology before its commercial availability," Thomas George, President, CyberMedia Research told Sputnik on Monday.

"Beyond individual countries, the 5G ecosystem needs to grow. In the future, many such pacts will come up which could better the technology for global use," George added.

In 2019, the US kept nudging India to push Chinese tech major Huawei out of its 5G trials. The US cited national security reasons for its stance on Huawei's 5G-trial participation in India.

Earlier in October, Huawei India head Jay Chen reiterated that the company is ready to sign a "no backdoor" agreement with New Delhi to allay security concerns.

Ending a stressful struggle on China's end, in December, India's Telecom Minister Ravi Shankar Prasad confirmed that all vendors, including Huawei, are permitted to participate in the country's upcoming 5G trials.