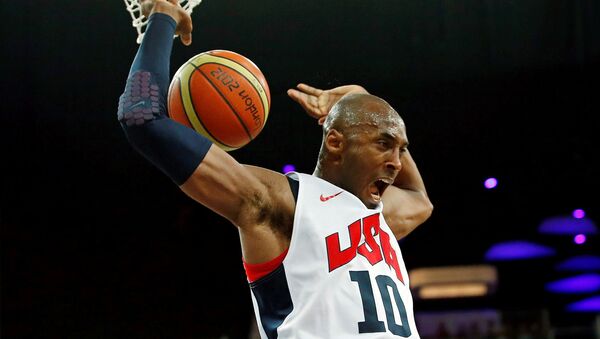 Two US journalists triggered intense backlash on social media for comments on the slain basketball legend, with many condemning them for showing 'insensitivity' just hours after the tragedy had been reported.

Washington Post journalist Felicia Sonmez was suspended after tweeting about a rape case involving the late Kobe Bryant, just hours after his death in helicopter crash.

Ms Sonmez posted a tweet on Sunday with a Daily Beast article from 2016 which read, "Kobe Bryant’s Disturbing Rape Case: The DNA Evidence, the Accuser’s Story, and the Half-Confession".

The cased involved Bryant, who was 27 at the time and accused of raping a 19-year-old employee at a Colorado hotel in 2003. Kobe repeatedly and sharply denied the accusations, and the case was later dropped after the victim refused to testify in court, with Mr Bryant later settling the case in a civil suit.

The tweet prompted intense backlash from social media, including death threats and calls for her to resign, including the hashtag #FireFeliciaSonmez. Despite this, Ms Sonmez doubled down, stating that all public figures were worth remembering "in their totality" despite being "beloved and that totality unsettling".

The backlash spoke "volumes" about the the "pressure" on those "staying silent in these cases", she continued, adding that if people responded with "harassment and intimidation of journalists", they should consider that their "behavior says more about you than the person you're targeting".

But many were unsympathetic, with Todd Starnes of the Starnes Media Group calling her 'insensitive' and adding her tweets were "perfect examples of why Americans find the mainstream media so destestable".

​Tom from A2D Radio offered his own candid feedback on the story.

Despite the negative publicity, a WaPo source stated that she was suspended due to "legal issues".

The employees said as quoted by The Desk journalist Matthew Keys: “Her managers don’t care about the Daily Beast tweet. But there’s a concern that the screen shot (of her email inbox) might create some legal issues and could violate Twitter’s terms (of service).

Another incident involving MSNBC Now Host, Alison Morris, sparked outcry after she used what appeared to be a racial slur while reporting on the late NBA star.

According to the Mrs Morris, she said that had "unfortunately stuttered" during her breaking news reportage by combining the "names of the Knicks and the Lakers," pronounced "Nakers".

She added: "Please know I did not & would NEVER use a racist term. I apologize for the confusion this caused.

But others were split on their reactions, with some demanding that she "own up to it" and others rushing to her defence, stating she should be given "the benefit of the doubt".

Mr Bryant, 41, was among seven others killed in the helicopter crash outside of Los Angeles, including his daughter Gianna. The group as travelling from Orange Country to Thousand Oaks for a match, according to CNN. Fans across the world mourned Mr Bryant, also known as the "Black Mamba", and poured in condolences across the internet. Numerous celebrities, including Michael Jordan, Tiger Woods, Alicia Keys and Lionel Messi, paid tribute to the fallen athlete on social media, with a second following at the Grammys on Sunday evening. Both former US president Barack Obama and president Donald Trump also offered their condolences.