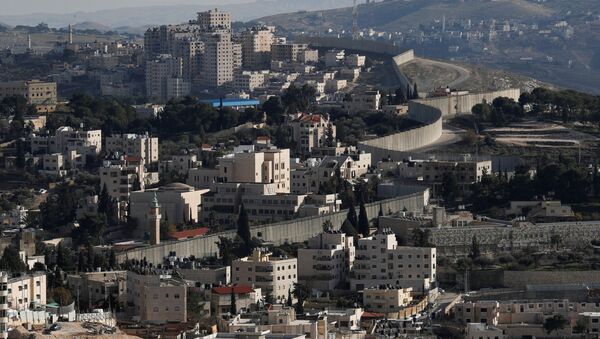 WASHINGTON (Sputnik) - The Palestinian leadership will hold an emergency meeting to formulate a response to a forthcoming US Middle East peace plan expected to be announced on Tuesday, chief negotiator Saeb Erekat said.

"We’ll have an emergency meeting tomorrow. Our answer will be immediately after we hear what [US President Donald] Trump will say and what [Israeli Prime Minister Benjamin] Netanyahu will say," Erekat said on Monday.

Trump announced that he would unveil on Tuesday a long-awaited initiative to reconcile Israel with the Palestinians, dubbed by Washington as the "deal of the century," in an attempt to remove a major stumbling block on the way toward a broader regional peace. On Monday, the US president met separately in the White House with Netanyahu and Israeli opposition leader Benny Gantz and said that they both "very much" like the plan.

Erekat neither confirmed nor denied media reports that Palestinian President Mahmoud Abbas refused to talk to Trump, after the US leader was said top have attempted to reach him over the phone.

"I was out of the country. I haven’t seen the president [Abbas] yet," Erekat said.

The Palestinian leadership has repeatedly rejected Trump's mediation efforts, accusing him of a pro-Israel bias after he recognized Jerusalem as the Israeli capital and relocated the American embassy to the hotly-contested city.

Trump refused to disclose any specifics until Tuesday, 12:00 p.m. EST (3:00 pm. GMT), but the plan is widely expected to greenlight another Israeli annexation of large chunks of the occupied West Bank, a move that Palestinians are violently opposed to.

The Trump administration has for years claimed that it would announce a plan for an Israeli-Palestinian peace. In 2019, the White House released what was characterized as the economic component of the 'deal of the century' plan — an infrastructure and investment project purportedly in support of the Palestinians.

The economic component was unveiled ahead of a two-day June 2019 workshop in Bahrain. The United States proposed a $50 billion investment and infrastructure plan. Palestinian leadership boycotted the meeting in Manama as well as the plan itself, as a play to purchase their acceptance of additional land seizures by Tel Aviv.