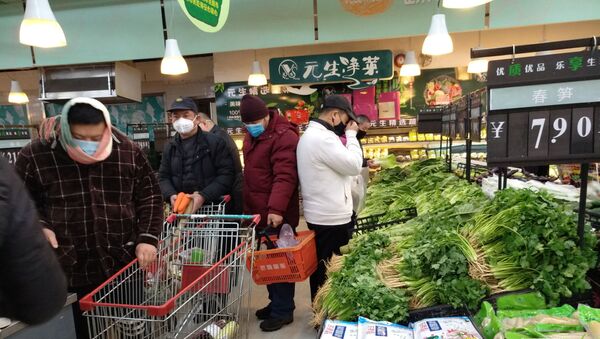 Officials in the Chinese city of Tangshan in Hebei Province announced the suspension of all public transit on Tuesday to prevent the spread of coronavirus within the city, Reuters reported, citing an official statement.

Tangshan, which is China's largest steelmaking city, posted the announcement on the city government's official Weibo account Tuesday morning. Bus services between Beijing and Hebei have also been suspended, according to Reuters.

The disease broke out in Wuhan, the capital of Hubei Province, in early December. According to Chinese health officials, the virus has infected at least 2,700 people and killed at least 81 people. Cases have been reported in South Korea, France, Australia, and the United States, Sputnik reported.

The US State Department and Centers for Disease Control and Prevention have issued travel advisories to Americans, warning them not to travel to China and particularly to Hubei. Canada also updated its travel advisory on Monday, warning Canadians to "avoid all travel" to Hubei, including "the cities of Wuhan, Huanggang and Ezhou."

The Dow Jones Industrial Average on Monday fell by 1.6% 28,535.8. The S&P 500 also registered a 1.6% drop while the Nasdaq Composite dropped by 1.9% over fears of the economic impacts the coronavirus could have.