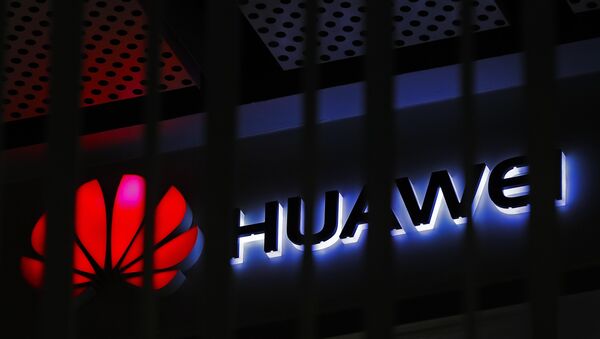 Tuesday is to become Day X for the Chinese tech giant in the UK as the British National Security Council, composed of senior Cabinet ministers and representatives of the security services, is to decide on the fate of its participation in the UK's 5G project.

Two former national security advisers have indicated that the alleged risk from Huawei taking part in building a 5G network in the UK has been blown out of proportion, The Telegraph reports.

The outlet cites Lord Ricketts, saying that it was possible to "find a solution" to fight concerns over the diplomacy and security impact, of letting the Chinese tech titan participate in the project amid US resistance. According to a crossbench peer, a "course of action that is likely to mess up our intelligence relationship with the US or prejudice UK security" does not look like a probable recommendation from the security service. But, a balanced decision can still be made, he suggested.

"I personally think we can find a solution which does allow them to have some role and which doesn't send the Americans off the other side of the diving board," he said.

"For the UK, this is not a new risk. Huawei has been providing technology to the UK for more than 10 years. They've been monitored for many years both by GCHQ and, more recently, the National Cybersecurity Centre," he said to LBC.

He suggested that the UK should "take the advice of the experts in the United Kingdom" and noted that, if they think it is "minimal or can be satisfactorily managed", there is no reason "to think that a decision to go ahead as was agreed last year, would be a wrong one".

Voice Against Dependence on China

Earlier, the director-general of MI5, Sir Andrew Parker, indicated that security concerns could be relieved if the Chinese company played a "non-core" role in the future 5G network. At the same time, a possible "dependency" on the Chinese giant "for something as critical as 5G technology" has alarmed former foreign secretary Jeremy Hunt.

"That is my view, but I would say if the decision goes the other way this week, as some of the signs seem to indicate it might, I hope there will also be some reflection on the US because we have never needed the Western alliance to be stronger than now," he said.

The Telegraph points out that Justice Secretary Robert Buckland signalled that London would allow Huawei to take part in the crucial project as he noted that their choice would be based on "our own sovereign right to choose".

"It's Britain that will have to live with the consequences of that. There are risks, but we will make an informed decision based on the evidence, and we will do so in an autonomous way," he said.

Some reports suggest that the British government was "irritated" by the US's pressure. Only recently, US Secretary of State Mike Pompeo, who is to meet Boris Johnson and Dominic Raab on Wednesday, said Britain's National Security Council, is facing a "momentous decision."

World
UK to Decide on Huawei’s Role in 5G Network 'Soon' Amid US Threats to Downgrade Security Cooperation
He said that "only nations able to protect their data will be sovereign." This echoed other officials' earlier warnings that the deal could also undermine UK-US intelligence sharing and pose security risks to the allies, which Huawei has vehemently denied.

The National Security Council, which is chaired by Prime Minister Boris Johnson and has senior Cabinet ministers and representatives of the security services among its ranks, is to decide on the matter on Tuesday. However, it is understood to be divided over the Huawei controversy.