EU Not Prepared for Brexit Under WTO Terms - Pundit 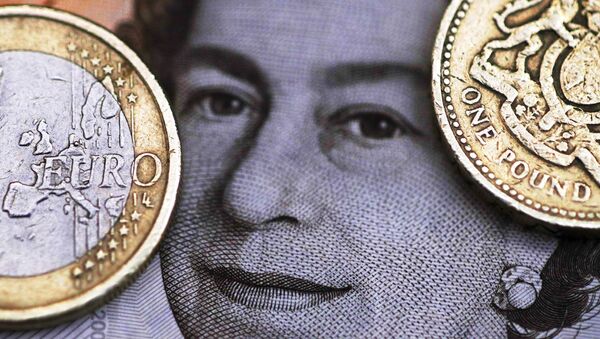 Irish Taoiseach Leo Varadkar has claimed that the UK will not have the upper hand going into Brexit talks with the EU. The UK is set to formally leave the bloc on 31 January and will then enter a transition period, where the two sides are set to attempt to hash out a free trade deal.

British Prime Minister Boris Johnson has, however, reiterated that he is prepared for the UK to sever ties with Brussels outright under WTO rules at the end of 2020 if a mutually beneficial arrangement cannot be ratified. But is Varadkar right to argue that the EU is in a stronger negotiating position than the UK?

Michael Swadling from the Croydon Constitutionalists shares his views on the matter and explains whether the UK and the EU will be able to reach a trade agreement during the so-called transition period.

Sputnik: Is Leo Varadkar right to say that the EU will have the upper hand in the coming Brexit negotiations with the UK?

Michael Swadling: It’s a negotiation tactic, of course, it is. They want to go into the negotiations looking and feeling strong, and making your opponent think that they need to give concessions, but the bottom line fact is that the UK is very prepared for leaving under WTO terms.

The EU are probably not as prepared as us for what might happen, and we are a big export market for them; in fact, we are their biggest export market, their economies are stumbling and stuttering, and they need the jobs that come with a good trade agreement with us.

A good trade deal is important for the UK, but frankly we are in a more economically positive situation than the EU.

Sputnik: Will the UK and EU be able to reach a free trade agreement by the end of the year?

Michael Swadling: I am optimistic. I think that sane heads will prevail, and it may not be a big comprehensive deal that everyone would ideally have, I suspect that the EU want to see some fairly clear lessening of terms than you would have in the single market customs union, and that’s understandable.

It may actually be a series of smaller deals packaged as something big, but I do think that calmer heads will prevail, the EU don’t always appear to act in the most rational way, but they do tend to in the last hour pull something out of the hat, as they did with the withdrawal agreement and the removal of the backstop.

It might come down to 30 December, but I suspect that we might see something come through just at the last moment.

Sputnik: Should the British Civil Service and House of Lords be reformed?

Michael Swadling: The Civil Service works for us, they are there to do the bidding of the elected politicians.

They frankly have stifled Brexit and the democratic will of the British people for so long, and it needs a thorough reform to bring them in to line, and there’s a real need for change in their operating methodology.

The House of Lords; now that a big House of Commons majority has been returned to Boris Johnson, are playing their part as a revising chamber, and are not challenging on manifesto commitments, so that’s good, and I particularly like the idea of moving around the country.