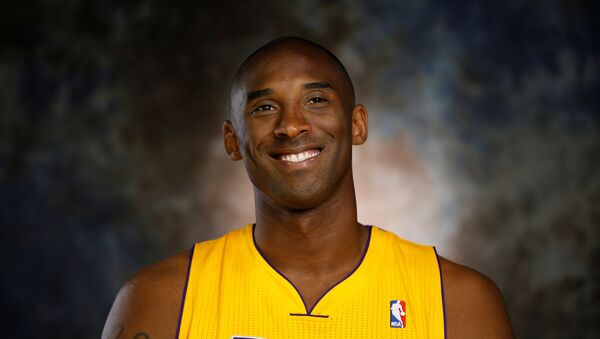 Sports stars, politicians and celebrities have been queuing up to pay tribute to basketball star Kobe Bryant, who died in a helicopter crash at the weekend. Helicopters have a generally good safety record but when they crash there are rarely any survivors.

NBA star Kobe Bryant, 41, and his daughter Gianna, 13, were among nine people killed when a Sikorsky C-76 helicopter crashes in Calabasas, near Los Angeles, on Sunday, 26 January.

Sheriff Alex Villanueva, of Los Angeles County, said the cause of the crash was not known but a full investigation will be launched by the National Transportation Safety Board.

There have been hundreds of helicopters crashes since they were first invented but here are some of the most high profile incidents.

In October 2018 the Thai billionaire owner of English Premier League side Leicester City, Vichai Srivaddhanaprabha, was killed when his helicopter crashed in the car park outside the club’s King Power Stadium following a match.

Srivaddhanaprabha, 60, had just watched his team draw 1-1 with West Ham.

I am not NBA fan but I knew Kobe Bryant was an iconic name in NBA.
Leicester City Owner Vichai also passed away in helicopter crash and Now Kobe Bryant. RIP
Appreciate the life.. 😞🙏

​The crash also claimed the lives of two of his employees  - Nursara Suknamai and Kaveporn Punpare — pilot Eric Swaffer and his Polish girlfriend Izabela Lechowicz.

In December 2018 the Air Accidents Investigation Branch said the pedals in the cockpit of the Agusta Westland AW169 had disconnected from the tail rotor, causing it to spin out of control.

The US Army and Marine Corps used helicopters a great deal during the Vietnam war and the Viet Cong never purchased surface-to-air missiles which could have threatened American air superiority.

But on 8 January 1968 a Sikorsky CH-53A Sea Stallion, operated by the US Marine Corps, crashed in the Hai Long Forest during bad weather.

While everyone is in shock over a helicopter crash, it's worth remembering that we lost nearly 40,000 people in car wrecks last year. That's like a Vietnam War every year. It needs to be a bigger priority.

​It took ten days to discover the wreckage deep in the jungle and none of the 46 people on board survived.

Most of the dead were buried at the Jefferson Barracks National Cemetery in St Louis, Missouri.

​Miraculously the only people to be killed were the pilot Peter Barnes, 50, and  Matthew Wood, 39, who was killed by the falling helicopter as he walked in the street below during the morning rush hour.

​The Twin Squirrel helicopter came down in a farmer's field in Cheshire and burst into flames after picking up Mr. Harding, 42, and his friends from a cup tie at Bolton Wanderers on a midweek evening.

When it comes to helicopters, fog is one of the worst things. Smh, it causes so many helicopter crashes. Especially in mountainous areas

​Committees of inquiry blamed both mechanical failures and faulty instructions issued to the pilot, who had overloaded the craft.

Something bout these helicopter and plane crashes not sitting right

​He later served as Secretary of the Security Council under President Boris Yeltsin and was governor of the huge Krasnoyarsk region at the time of his death.

In the Belfast release of declassified Government files there is just one thin file - & pages have been removed from it until 2098 - on the Mull of Kintyre crash which killed 25 top British intelligence operatives travelling on a single Chinook helicopter.https://t.co/7RXn9uTk8O

​It was the worst single loss of life by the RAF since the Second World War.

But a fresh review found they were blameless and in 2011 then Defence Secretary Liam Fox apologised to the dead men's families.

Gary Powers hit the headlines in 1960 when his U-2 spy plane was shot down as it flew 70,000 feet above the city of Sverdlovsk in the Soviet Union and he was captured by the KGB.

The Cold War was raging and his capture was a major coup by the Soviets, who held him as a bargaining tool much to American discomfort.

At the Glienicker Bridge where U-2-Pilot Gary Powers came back to the west during an exchange of spys in the cold war. Long Time ago pic.twitter.com/2j1bKe6z4b

​The CIA and the US government concocted a bogus story claiming Powers had been studying weather patterns for NASA and has strayed off course and they even showed off to the media a fake U-2 plane painted with the space agency’s logo.

Powers was put on trial and convicted by the Soviets but in 1962 he was swapped for a Soviet intelligence officer, Rudolf Abel, who had been convicted of spying in the US.

The exchange, in Berlin, was portrayed in the Tom Hanks film Bridge Of Spies.

Powers, who had left the US Air Force and got a job flying helicopters for KNBC-TV news in Los Angeles, was returning from covering bushfires in the interior when he ran out of fuel and crashed near Encino. A KNBC cameraman, George Spears, also died.