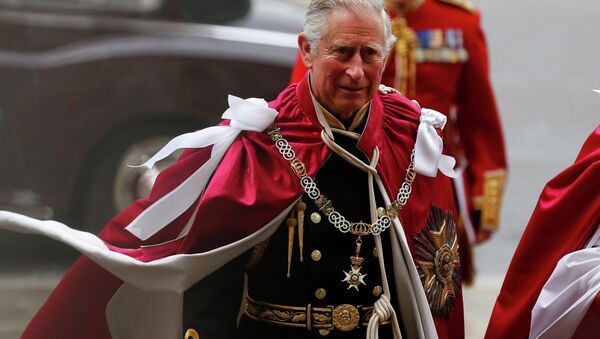 The statement comes at a time of heightened tensions between Tehran and the United States, Britain’s key ally. On 3 January Washington killed Iran’s top general Qasem Soleimani saying he was preparing attacks on the United States without providing any evidence. Tehran retaliated with a missile strike on US troops in Iraq.

Prince Charles has said he wants to visit the Islamic Republic and called Iran an important part the world, The Sunday Times reported. "I know that Iran has been such an important part of the world for so many centuries and has contributed so much to human knowledge, culture, poetry, art. I mean, really remarkable people. And I have always been fascinated by Islamic culture and architecture and craftsmanship for a long time", the Duke of Wales told a Sunday Times' reporter at the World Economic Forum in Davos.

The prince’s comment contrasts sharply with statements made by US President Donald Trump and French President Emmanuel Macron, who previously threatened to crack down on Iran. In June of 2019, Macron accused Tehran of "championing terrorism" across the Middle East, while President Trump has repeatedly threatened Iran with military strikes.

Prince Charles, who last week visited Israel and met with Palestinian officials and refugees, said he prays all the time for peace in the region and not only in English. "Inshallah (God willing)", the Duke of Wales said. During last week’s visit .