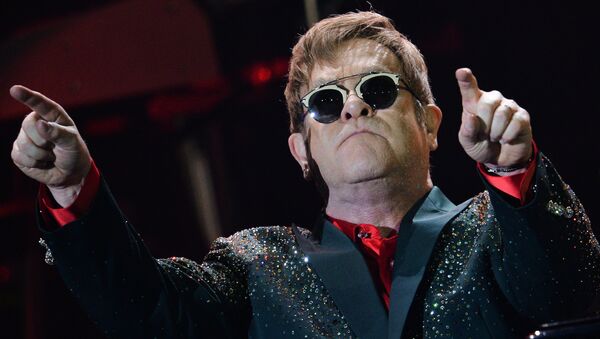 Goop's $75 “This Smells Like My Vagina” candle became a huge hit, as it completely sold out in the first days after entering the market, and it appears that at least one world celebrity seems to be a fan of it too.

The candle, which is currently sold out and held on a waiting list, was inspired by a joke Paltrow had with perfumer Douglas Little, according to the Goop website. The duo was testing out a fragrance Paltrow loved so much she quipped, “Uhh, this smells like a vagina.”

“Elton John bought a ton of them," Little told The Cut. "Like a lot. Like a lot, a lot. He’s a fan. We have been hounded and stalked by so many people [trying to get one]. I saw the candle being sold on eBay for a ridiculous price,” he added, referring to $250 price tag for the “vagina”-scented candle on the trading platform.

Little says the goal was to make a product that was “voluptuous and sensual and also proactive and fun, yet admitted that most of the popularity came from the “shock value” of having the word “vagina” printed on a packaging label.