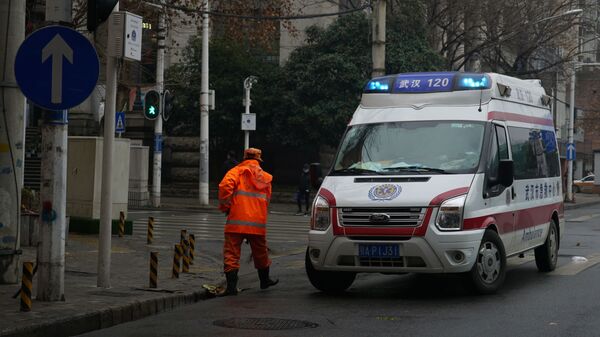 An outbreak of previously unknown pneumonia originated in the city of Wuhan, in Hubei province, and has so far claimed the lives of at least 41 Chinese citizens.

According to the report, Liang Wudong, 62, was "at the front line" of the battle against the deadly coronavirus outbreak in China.

According to the latest updates, those infected with the newly discovered coronavirus have shown different symptoms, including vomiting, diarrhea, fatigue, and nausea. Some only showed signs of a headache at first, while others suffered from conjunctivitis.

Since rocking China's Wuhan in Hubei province in late December, the virus has spread to several countries, including Thailand, Singapore, South Korea, Japan, Nepal, the United States, France, and Australia.

Wuhan's citizens were recently put under a travel ban over fears of spreading the disease. In total, 10 cities of Hubei province officially announced the suspension of transport connections over the coronavirus outbreak.

All festivities for the Chinese New Year have been suspended in Beijing, China's capital.

The Wuhan virus belongs to the same family of coronavirus that triggered SARS - Severe Acute Respiratory Syndrome, which resulted in the deaths of about 800 people.