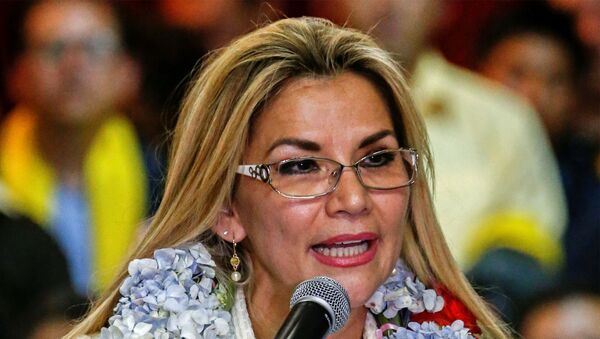 “I would like to announce that I've decided to run for president during the election”, Anez said on Friday, as quoted by the newspaper El Deber.

In November, opposition lawmaker Jeanine Anez declared herself interim president at a special meeting in the Parliament despite not reaching the necessary quorum as lawmakers from the governing party Movement for Socialism (MAS) were absent, with Morales characterising the situation as a coup. Jeanine Anez later called a new vote, pledging to ensure that Morales would not be allowed to run.

Morales quit his post and fled the country after the opposition challenged his victory in the October election, which was to launch his fourth consecutive presidential term. After that, the entire top leadership of the country resigned as well.