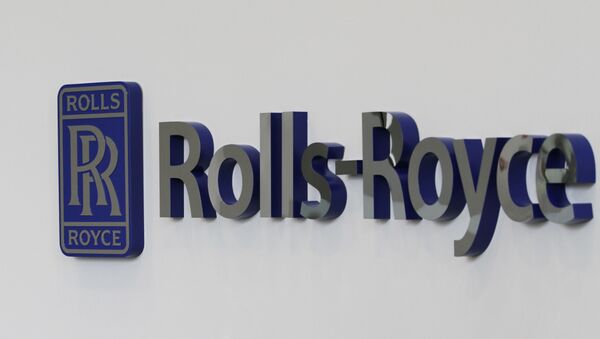 © AP Photo / Steve Helber
Subscribe
With climate debates on the rise, governments are seeking ways to lower carbon emissions while also meeting growing energy needs. At the same time, the UK has 15 reactors, but half of this capacity will be retired by 2025. However, the British engineering giant is offering a pioneering concept to meet future needs.

The British energy and defence behemoth Rolls-Royce is planning to put into operation its first mini nuclear stations by 2029, the manufacturer has told the BBC. These factory-built stations are expected to be mass-produced and delivered by a lorry, which would lower costs and allow them to compete with sources of renewable energy.

The so-called small modular reactors (SMRs) are to be 1/16th the size of major stations and fit into an area of 0.04 square kilometres. The company plans to produce between 10 and 15 “baby reactors” in the UK, placing them at former nuclear sites in Cumbria or in Wales. As the British broadcaster points out, every town could have such a power generator, but the threat of terrorist attacks makes the existing sites a better choice.

As Rolls-Royce plans, the elements of an SMR can be built at one location, shipped by sea or by rail or road and assembled on site. The process is expected to take just four years, including 500 days on site for the modular build.

“At the heart of the UK SMR concept lies the innovative repackaging of reliable and proven technology, allowing off-site modular construction using standard components and advanced manufacturing techniques”, the concept, presented on the company’s website, says.

According to the BBC, the low cost of SMRs could help cope with one of the key arguments of nuclear sceptics who point at the lower price of renewables. The funding challenge has already prompted the Japanese companies Toshiba and Hitachi to abandon major nuclear projects in recent years.

"The trick is to have prefabricated parts where we use advanced digital welding methods and robotic assembly and then parts are shipped to site and bolted together", the company’s chief technology officer Paul Stein explained, adding that the reduced cost of such sites would make electricity cheaper for customers.

‘Relaxing Threat of Nuclear Annihilation’: Panic in Canada After Alert From Pickering Nuclear Plant
The company also hopes to sell their innovative reactors abroad for economies of scale. However, critics have cast doubt over their ambitions, arguing that Rolls-Royce will not be able to produce enough reactors until the mid-2030s, when the UK should meet its target concerning clean energy.

University College London’s Paul Dorfman also suggested that the cost benefits planned for by the manufacturer “may prove overstated”.

"Production line mistakes may lead to generic defects that propagate throughout an entire fleet of reactors and are costly to fix. It's far more economic to build one 1.2 GW unit than a dozen 100 MW units", he told the broadcaster.