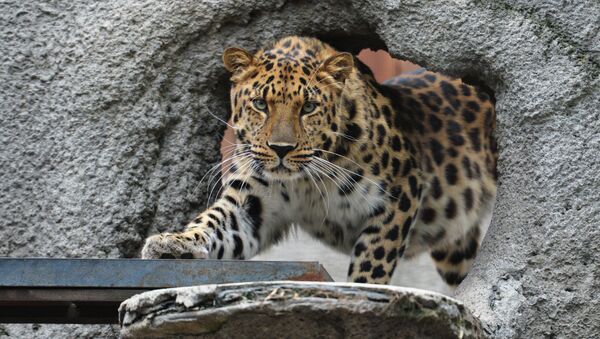 VLADIVOSTOK Russia (Sputnik) – The increasing number of Siberian tigers in the Land of the Leopard National Park has no negative impact on the population of Amur leopards living there, the park’s press service said on Thursday, citing a research.

“As for the moment, no negative impact of tigers on the number of leopards has been found. It is important that the population of both tigers and leopards is simultaneously increasing. This proves that the competition is not affecting [the population of] leopards,” the press service said in a statement.

“We have also witnessed no cases of purposeful and long pursuit of a leopard by a tiger, which is a bigger predator,” she added.

In early January, a spokesperson for the national park revealed that its employees conducted snowtracking to study the relations between Siberian tigers and Amur leopards.

Amur leopard is one of the rarest and most endangered wild cats in the world. The number of these animals in the wild sank to 19-26 in mid 2000s, which put the species on the edge of extinction.

As part of the efforts aimed at preventing Amur leopards from extinction in the wild, in 2012, Russia created the Land of the Leopard National Park in the Primorsky Territory, which is also home to another endangered wild cat, the Siberian tiger.

Currently, over 90 Amur leopards and more than 500 Siberian tigers live in the wild in Russia’s Far East.