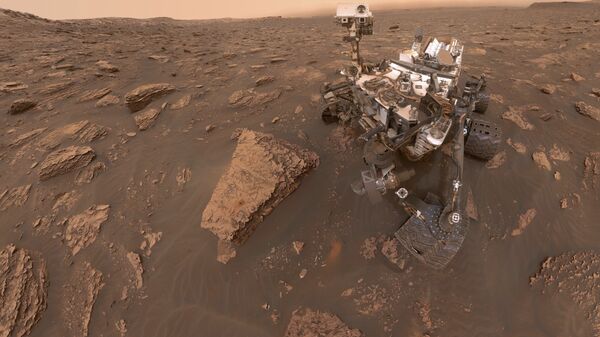 NASA’s Curiosity rover, a space exploration vehicle designed to move across the surface of Mars, recently experienced a temporary freeze after it became confused about its own orientation.

In a January 20 mission blog post by NASA, the Curiosity team explains how rovers need to comprehend their own orientation relative to their surroundings, much like humans! In other words, the Curiosity rover’s memory stores information about the orientation of its various limbs and instruments and uses that information to determine how to move in the event of nearby hazards. If the rover can no longer understand its position and orientation, it stops moving to protect itself.

“Partway through its last set of activities, Curiosity lost its orientation. Some knowledge of its attitude was not quite right, so it couldn't make the essential safety evaluation. Thus, Curiosity stopped moving, freezing in place until its knowledge of its orientation can be recovered,” the blog post reads. “Curiosity kept sending us information, so we know what happened and can develop a recovery plan.”

In an update on January 21, NASA atmospheric scientist Scott Guzewich confirmed that NASA engineers were able to build “a plan to inform Curiosity of its attitude and to confirm what happened.”

"We learned this morning that plan was successful and Curiosity was ready for science once more," Guzewich added.

The Curiosity rover was launched from Cape Canaveral in Florida on November 26, 2011, to explore the Red Planet as part of NASA’s Mars Science Laboratory mission. NASA is also planning on launching another rover to Mars in July and has invited the public to vote on the machine’s name.