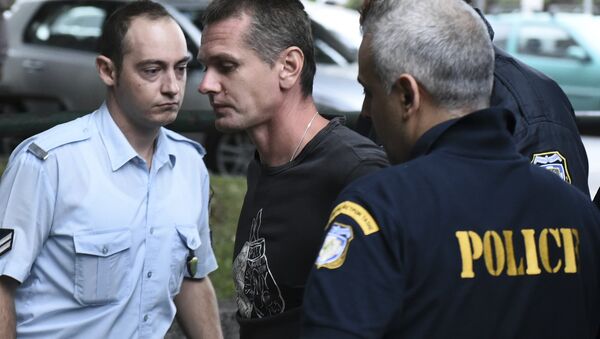 Vinnik has been held in Greece since 2017 and is wanted by the United States and France on money laundering charges, which he has strongly denied.

Russian national Alexander Vinnik is currently at a hospital in Paris, France, his lawyer, Zoe Konstantopoulou, said on Thursday via a Facebook post.

According to his defence, Vinnik is at Hotel Dieu hospital in Paris, as a French colleague told Konstantopoulou, while the Greek authorities "are concealing [the truth] and say they are unaware of that".

If this is not a complete violation of the principle of rule of law, then what is it?", Konstantopoulou wrote on Facebook.

Konstantopoulou added that the authorities will try to question him tonight, "exhausted and without communication or information", and that she had already sent a request to postpone his hearing for tomorrow.

Vinnik is on a hunger strike to protest against the violations of his rights by the US and France.

The Russian embassy in France also said that their diplomats in Paris are in contact with Vinnik's lawyer.

It was reported earlier in the day that Vinnik had been taken out of a Greek hospital, but his location was then unknown. Prior to that, the Supreme Administrative Court of Greece announced it was dismissing the defence team's complaint against the decision to extradite Vinnik.

The United States accuses the Russian national of laundering $4 billion worth of funds through a cryptocurrency trading platform. He has denied committing either criminal or administrative offences but agreed to be extradited to Russia.

Russia and France also seek his extradition on other charges.