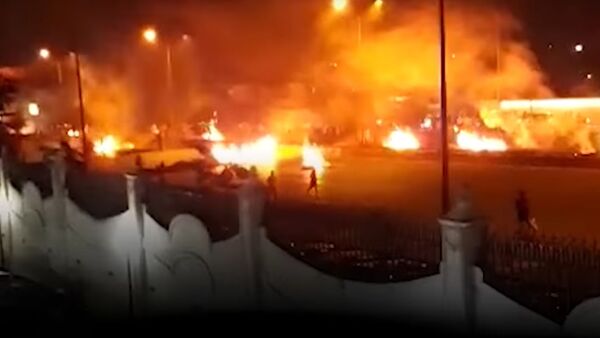 New Delhi (Sputnik): Caste violence during an annual celebration by the Dalit community in India’s western Maharashtra in 2018 resulted in the death of one person and injuries to 30 policemen. It became a political issue, with a ruling coalition partner seeking to reexamine the investigations.

According to police, the communal violence between the upper-caste Marathas and the lower-caste Mahars was triggered by inflammatory speeches made at a congregation of upper-castes on the eve of Bhima Koregaon Anniversary.

Ajit Pawar, who represents the regional Nationalist Congress Party (NCP) had demanded a Special Investigation Team (SIT) to probe the actions taken by state police when the incident broke out. The NCP is a coalition partner in the provincial government headed by Uddhav Thackeray of the Shiv Sena party.

Police arrested nine activists of the banned Communist Party of India (Maoists) for the violence. The outfit was also charged with a “conspiracy to assassinate Prime Minister Narendra Modi.”

The annual celebration in Bhima Koregaon, near Pune, about 150 kilometres southeast of Mumbai, is an event to commemorate what is known as the Battle of Bhima Koregaon between the East India Company troops which had a large number of Dalit fighters and the native Peshwa faction of the Maratha Confederacy in 1818.

During the celebration of this victory, stones were pelted at the revellers who were predominantly members of the Dalit community. A 28-year-old man lost his life, 30 policemen were injured, and around 300 people were detained. The state witnessed a massive shutdown called by the Dalits of Maharashtra the next day. Sporadic incidents of violence occurred across the state, during the shutdown.