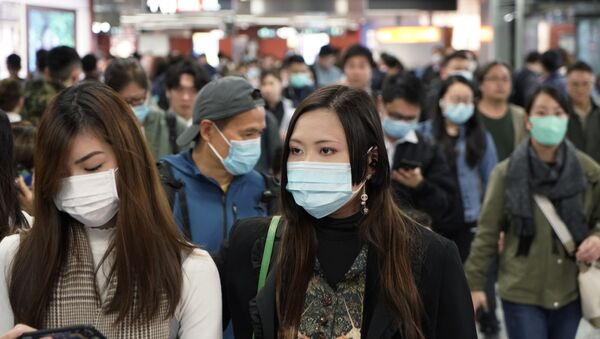 © AP Photo / Kin Cheung
Subscribe
According to the Health Commission of Hebei Province, an 80-year-old man died on Wednesday but the fact that his death was caused by the new coronavirus was only confirmed on Thursday.

The first death outside the epicentre of the Chinese coronavirus outbreak has been confirmed in Hebei Province in the north of the country.

An 80-year-old man died on Wednesday but the cause of his death was only confirmed the day after. The man, born in Cangzhou, spent two months in Wuhan, where his relatives live. Upon his return, he was feeling short of breath. He turned to a hospital for help, and doctors found he was suffering from elevated blood pressure, chronic bronchitis, and pulmonary emphysema. Despite all the efforts of the medical experts, the man died late on Wednesday.

On Thursday, experts confirmed the man had been infected with the new type of coronavirus. All 76 people with whom he used to maintain close contact were under medical observation until Wednesday night, but no symptoms of the disease were found. 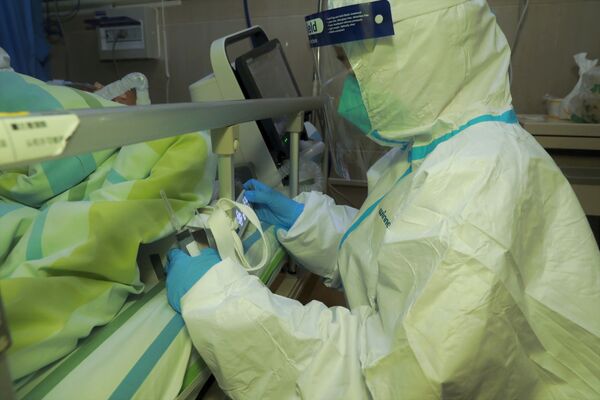 A medical staff attends a patient with pneumonia caused by the new coronavirus at the Zhongnan Hospital of Wuhan University, in Wuhan, Hubei province, China January 22, 2020
© REUTERS / Stringer

At present, the death toll from the virus stands at 18, while 644 people remain in hospital.

The new coronavirus named nCoV2019 emerged in the city of Wuhan in the central Chinese province of Hubei in December 2019. Since then, the virus has spread to other cities in the province like Huanggang and Ezhou. Several cases have been reported outside China: in Thailand, Hong Kong, Taiwan, Japan, South Korea and the United States. All travel agencies in Hubei Province have suspended their work starting 23 January.

The symptoms of the new coronavirus are typical of common cold or flu: fever, coughing, sneezing, difficulty breathing.

The World Health Organisation (WHO) is holding a second meeting on Thursday to decide about declaring an international emergency over the spread of the deadly virus.