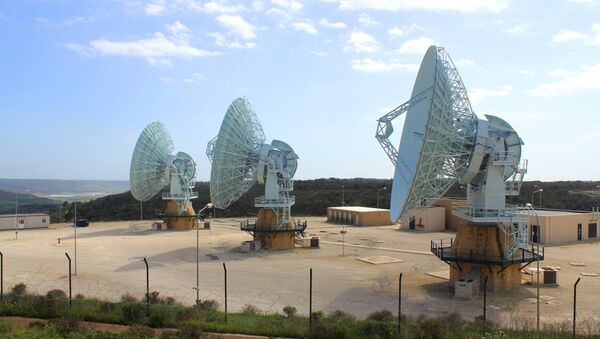 © Wikipedia
Subscribe
After the US killing of Iranian General Qasem Soleimani in Baghdad with MQ-9 Reaper drones, the purpose of Sicily, where these drones are deployed, becomes clearer. In the case of escalation of the conflict with Iran or Libya, Sicily may be used as a military headquarters and departure point for airstrikes.

The presence of US bases and facilities poses a military threat to the island, in particular, the Niscemi commune, the location of the Mobile User Objective System, MUOS (US next-generation satellite communications system that has one of its ground stations in Sicily 60 km from the airbase), which is accessible exclusively to US Air Force representatives. This causes growing concern about the possible consequences.

The Mayor of Niscemi, Massimiliano Conti, has expressed concern on behalf of the residents, while pacifists and environmentalists have organised protests last week in front of the Sigonella military base and the US Consular Agency in Palermo.

However, nobody has paid attention to them. On Friday, 17 January, Jens Stoltenberg and senior US aviation officials visited NATO Base Sigonella in Sicily to attend the handover ceremony of the first two of the five new latest generation RQ-4D Phoenix reconnaissance drones that will be part of the NATO AGS (Alliance Ground Surveillance) system, for which the Sicilian base will become the deployment site. It will enable monitoring of the entire alliance territory and beyond – from the Arctic to the Sahel, from the Atlantic to Eastern Europe.

However, the MUOS system is not only of military interest. The Nebrodi mafia family has also paid attention to it. A recent investigation by the Messina prosecutor's office revealed that one company associated with the Tortorici mafia family received funds from the EU for the concession of numerous land lots, including the Sughereta di Niscemi lot, where the MUOS system is located.

Sputnik has interviewed Pippo Gurrieri, a NO MUOS Movement activist.

Pippo Gurrieri: Sicily has long been a kind of heavily armed “aircraft carrier” used to engage in conflicts throughout the Mediterranean region. The war in Sicily is ongoing, indirectly or not, as aircraft and drones regularly sortie from Sigonella, the MUOS system is operating in Niscemi, and these are essential communication systems necessary for conflict management, real military instruments of the USA and NATO.

The permanent reinforcement of Sigonella, which has recently been provided with AGS technology, pushes both the base and us all into the heart of military conflicts in an area whose borders are constantly expanding. We are increasingly feeling that we are on the frontlines of US wars, in which we do not want to be engaged.

Sputnik: Shortly after Soleimani's murder, Italian Foreign Minister Luigi Di Maio denied that the drones had departed from the Sicilian base, although the same drones that were involved in the raid were deployed there. Is it possible that the MUOS system was used, and if yes, how?

Pippo Gurrieri: I think it is almost obvious because in October it was announced that the MUOS system had started to operate at full capacity for military purposes. If it was built and launched, then that weapon is now in use. The Americans said themselves that they would have a military advantage in any military scenario by being able to operate armed and unarmed drones. So, if the system is not being used for this, why was it installed?

Sputnik: In the case of open, or even informal, war, is there a risk for the civilian population?

Pippo Gurrieri: If military action is managed from here, this place becomes a military target. Furthermore, we are exposed to the risk of terrorism in particular. We are the Mediterranean border of the so-called West, and our region is often involved in conflicts. Now that the ISIS* no longer has its territory, if they want to declare war on the West, they will carry out terrorist acts, and from this point of view, we are particularly at risk of revenge attacks.

Sputnik: Not so long ago you were convicted of protesting against MUOS, what is the reason for such pressure on Italian citizens who oppose a foreign military facility on their territory?

Pippo Gurrieri: From the very beginning of this struggle, which for me has been going on for over 10 years, they have always tried to crush the activists' movements. We are like sticks in the wheels for those who want to militarize Sicily under the pretext of increasing the security of the island. The reality is that US bases put us at risk of being involved in conflicts, which no Sicilian would want.

To protest against a foreign military base means to expose all those contradictions, which are generally concealed behind these decisions. The territory continues to be reinforced and militarized but it is not accessible under international agreements of which no one is aware. The population was not provided with any information, especially concerning risks to health, the environment and all those living near those areas.

Sputnik: Recent news has brought to light the so-called “pasture mafia” of the Nebrody clan, which received EU funds for the concession of territories, including for the American military. How could this have happened?

Pippo Gurrieri: It is a paradoxical, very symbolic event as it reveals the dark and weak sides of militarization, highlighting several weaknesses throughout the system.

Moreover, the presence of Americans on this territory is so classified at the legal and legislative levels, as well as hiding the fact that these territories are given to the US use, that due to the incompletely clear status of the territories, mafia groups appear in these places. They have set up companies registered on long-dead people to receive EU funding. This shows how legally unclear is the presence of Americans on Italian territory.

Sputnik: As for the resumption of hostilities, last Sunday, No Muos organised a demonstration in Sigonella against US military bases. What are your demands and do you plan other initiatives?

Pippo Gurrieri: It was a protest against the US attack in Baghdad, a sign that the movement against US and NATO bases in Sicily is exactly what Sicily needs. The manifestation went well, despite the very tight deadlines for the event. In any case, it was necessary to show once again the danger of the presence of US and NATO military facilities on our territory, as well as to call for their closure and the sending of American troops back home.

There will be other opportunities to coordinate all the anti-militarist and pacifist movements in Sicily, for example, a regional meeting will be held in Niscemi on 8 February, and a major national demonstration will be held there on 11 April.