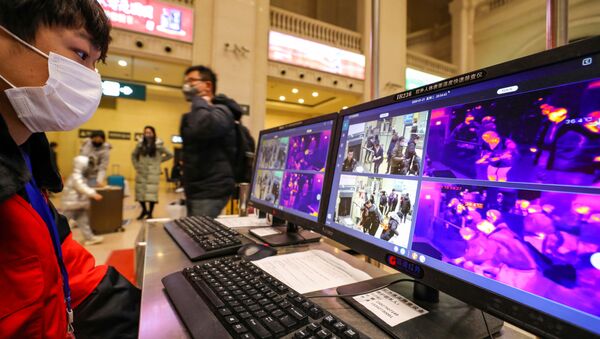 Chinese pharmacies in Beijing and Shanghai were running out of surgical masks and disinfectants Wednesday as a new kind of coronavirus continues to spread at a rapid rate across China.

An employee at a Beijing pharmacy told Agence France-Presse on Wednesday the shop ran out of surgical masks several days ago.
"When it hit close to 300 cases, people realized it was serious," he said, according to AFP. "It happened so suddenly; we didn't prepare any back-up, and existing stock was quickly depleted.”

Li Bin, vice minister of China’s National Health Commission, announced Wednesday during a news conference in Beijing that the commission is doing its best to contain the outbreak, which is similar to the virus that causes severe acute respiratory syndrome (SARS), another disease first detected in China before spreading across the globe in 2002-3.

"The virus is mainly transmitted through the respiratory tract. It may mutate, and there is risk of further spread … We have ensured management of export channels such as temperature checks at airports, train and bus stations, and ports ... And we will reduce as much as possible events with large crowds," Li said.

On Tuesday, Hong Kong’s Cathay Pacific Airways granted permission for all cabin crew members to wear surgical masks while on flights to mainland China. The airline has also permitted passengers who have booked tickets to the central Chinese city of Wuhan - where the new coronavirus first appeared - to change or cancel their flights through February 15 without charge.

The Cathay Pacific Airways Flight Attendants Union also said that it has received a "tremendous" amount of emails and messages from members concerned about catching the virus on flights.

"All of them are worried about the risk they are taking every time they go to work," the union said on its Facebook page on Tuesday.

The outbreak is believed to have begun in Wuhan some time between December 12 and December 29. Since then, there have been at least 548 cases of the virus across China, and 17 people have died there as a result. Some coronavirus cases have also been registered in Hong Kong, Taiwan, Thailand, Japan, South Korea, the United States and Macau, although no deaths have been reported outside of China.