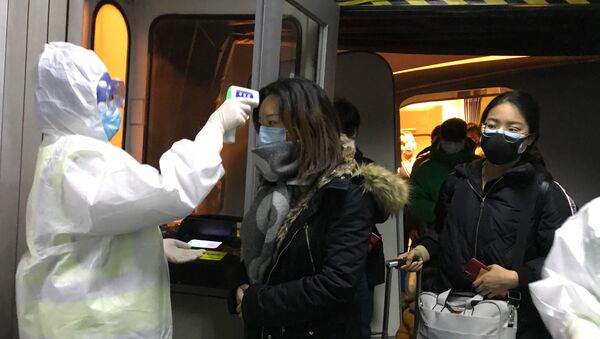 MOSCOW (Sputnik), Tommy Yang - After a five-hour train ride, Kidd Wang, a 30-year-old working in the media industry in Beijing, arrived in his hometown Wuhan on Tuesday evening, despite the city being at the epicentre of the recent deadly coronavirus outbreak that has killed nine people and sickened another 431 in China.

"I thought about cancelling this trip. But I still decided to come back, because both my parents and my grandparents are still living here. I want to meet with them during the Chinese New Year holidays," Wang said during a phone interview on Wednesday.

Wang also had to pay a price for making this trip to his hometown during the ongoing epidemic, as his boss told him to work from home for 14 days after returning to Beijing as a precaution to make sure he was not infected by the new deadly coronavirus.

"When I was on the train, about 70 per cent of the passengers were wearing masks. When I arrived, the train station was not as crowded as other years during the same period of travel rush before the Chinese New Year. The train station looked almost deserted. There were fewer people than a regular day during the non-holiday time. And most people avoided using public transpiration after arriving and decided to take a taxi or ask family members to pick them up in private cars," he said.

Chinese authorities stepped up their efforts in containing the new coronavirus by halting outbound tour groups from Wuhan and inspecting passengers moving in and out of Wuhan more closely for flu-like symptoms. Chinese health experts called on people to avoid travelling to and from Wuhan to minimize the risk of the new virus spreading further in the country.

Fears of being infected by the new coronavirus have forced many local residents like Wang and his family to change their plans for the upcoming Chinese New Year’s holidays.

"My family initially planned to eat together in a restaurant on Chinese New Year’s eve. We have already cancelled that plan and decided to meet for a family dinner at home with different relatives. But after weighing the risks of moving around in Wuhan, we also decided to cancel the family gathering with relatives. In the end, I’ll just celebrate the Chinese New Year with my parents at their home without other relatives joining us," Wang said. 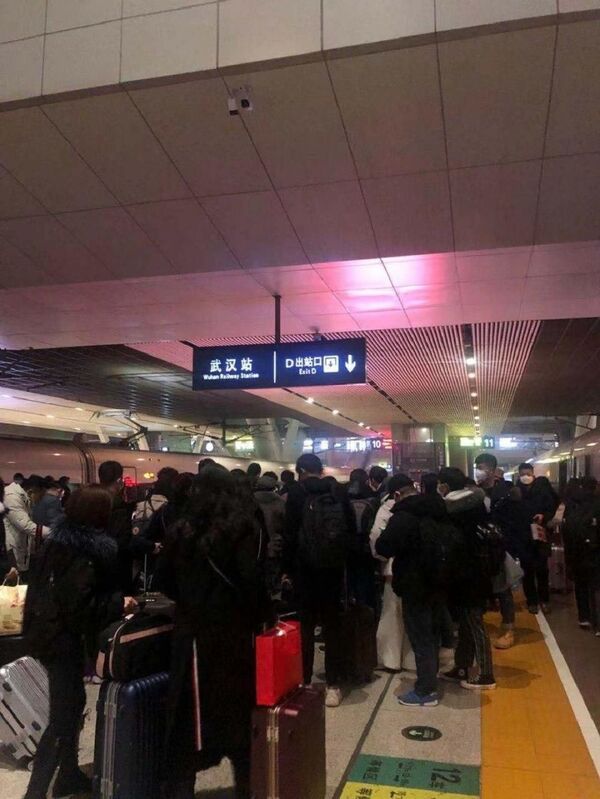 Wang explained why he did not want to meet with other family members during the holidays in Wuhan.

"I have a large family with many elders and children. My relatives live in Hanyang [an area of Wuhan] and we live in Wuchang [another area of Wuhan]. We worried that if we try to meet with each other, we could face risks on the way. That’s why we decided not to meet during the holidays," he said.

The Chinese New Year is often viewed as one of the most important holidays in China when family members return to their hometowns for large reunions with other relatives. The strong tradition of large family reunions is a key reason causing the annual travel rush in the country before the Chinese New Year’s eve when everyone is expected to gather for a large family dinner featuring dumplings and other traditional dishes.

Similarly, Clark Wu, a 31-year-old working in a technology company in Beijing, also decided to return to Wuhan to be with his family for the Chinese New Year. Despite possible risks of infection of the new virus, Wu explained why this tradition was important to him.

"During the Chinese New Year, the purpose of my trip back home was to meet with the elders of my family, especially my grandparents. If not for visiting my grandparents, maybe I would stay away from Wuhan this time. After arriving last night, I went to visit my grandparents right away this morning. But I tried to avoid public transportation and drove to their home directly," Wu said.

As the number of infected patients grew by hundreds each day this week, local residents in Wuhan began to take precautions to avoid visiting public places which has lead to empty streets in the city.

"If you go into the streets in Wuhan now, it’s mostly empty everywhere, including many shopping malls. There were much fewer people than what it used to be during the Chinese New Year. Many food markets, restaurants and movie theaters have already shut down," Wu said. 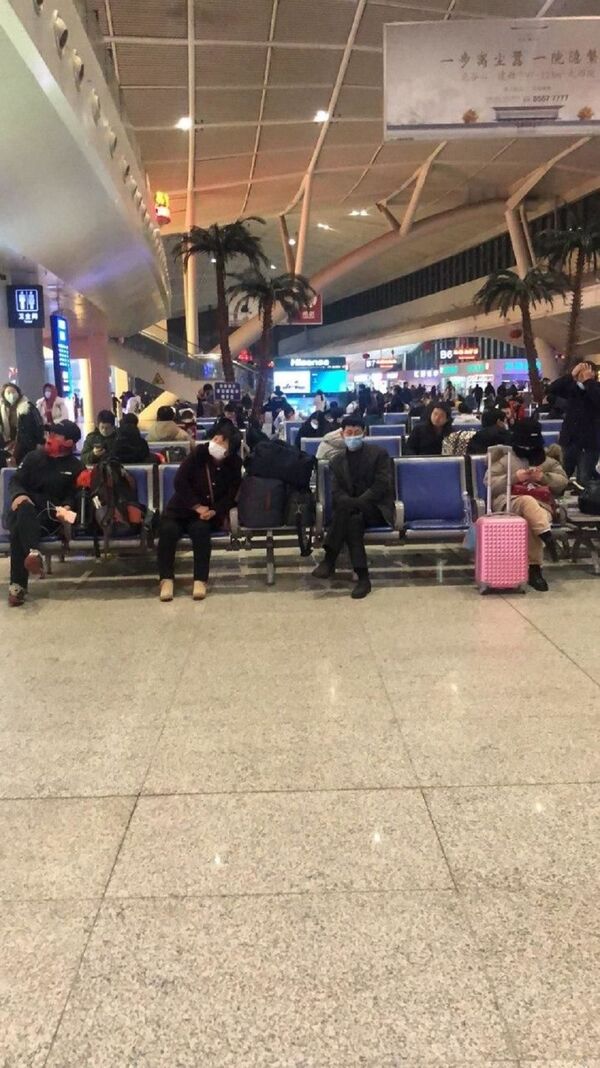 Wang added that one of his friends invested in a milk tea store right next to the seafood market, where the recent epidemic started. The investment failed badly, as the area became deserted in recent days amid the ongoing deadly coronavirus outbreak.

Both Wang and Wu admitted that they had cancelled plans to meet with their friends during their stay in Wuhan for the holidays.

As a courtesy to his friends and colleagues in Beijing, Wu said that he would start a self-imposed quarantine after returning to the Chinese capital.

"Although my company didn’t tell me to stay at home after returning to Beijing, I would still try to isolate myself during the first week and make sure I was not infected. I’m sure my colleagues would be worried if I go back to work at once after returning from Wuhan," Wu said. For other longtime local residents in Wuhan, the recent deadly outbreak didn’t really deter them from their daily routines.

"It’s useless to feel panic. We just need to take precautions when such epidemics come. Most of the public places have been disinfected by the authorities and everyone wears a mask when going out these days. Life has to continue. I still go to the same park for my daily exercise every day," Cai, a local resident who has lived in Wuhan for 33 years, said.

Nevertheless, all of the three local residents in Wuhan said that they have confidence in the Chinese government’s capability in containing the new coronavirus because they argued experiences in dealing with the deadly Severe Acute Respiratory Syndrome (SARS) in 2003 would offer guidelines on how to stop the ongoing epidemic from spreading further.

Wu noted that it took Chinese authorities about 20 days to acknowledge how serious the current epidemic was, which was a big improvement compared to the more than two-month delay before addressing the SARS crisis in 2003.