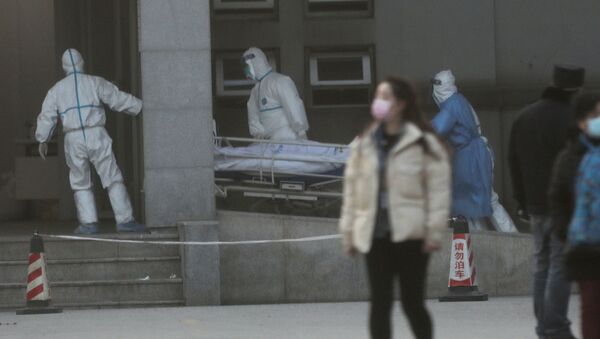 RIO DE JANEIRO (Sputnik) - The Brazilian authorities suspect a 35-year old female citizen who has recently returned from the Chinese city of Shanghai of being infected with a new strain of coronavirus, the health ministry of the Minas Gerais state said on Wednesday.

According to the ministry, on Tuesday, a medical center in the state capital of Belo Horizonte received "a patient, a female Brazilian citizen, 35 years old, who arrived from China (she was in Shanghai) to Belo Horizonte on 18 January, with symptoms of an acute respiratory viral infection."

Considering the current epidemiological situation in China, the ministry is considering the possibility of the woman being infected with the recently reported type of coronavirus.

In late December, an outbreak of previously unknown pneumonia, later identified as a new strain of coronavirus, was registered in the Chinese city of Wuhan, whose residents are now under a travel ban due to fears of the virus turning into an epidemic.

Chinese authorities have confirmed that the virus can be transmitted from human to human, and cases of infection have already been registered in Hong Kong, Taiwan, Thailand, Japan, South Korea, the United States, and Macau.

Airports across the world have stepped up measures to monitor passengers for the disease.