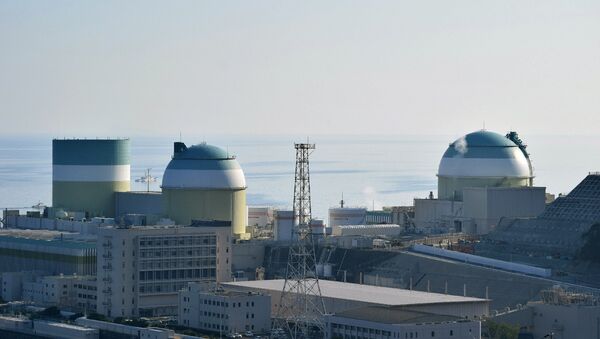 MOSCOW (Sputnik) - Shikoku Electric Power Company (SEPC), the operator of the Ikata nuclear power plant in Japan’s Ehime prefecture, is investigating a warning signal detected in the fuel unit of the plant’s No. 3 reactor, NHK broadcaster reported on Tuesday.

According to Japan’s NHK broadcaster, no radioactive materials have been released from the reactor and workers were currently investigating the incident. The signal was raised after a fuel unit accidentally fell from a lift during maintenance works.

On Friday, the Hiroshima High Court postponed the planned resumption of operations at Itaka’s No. 3 reactor over fears that SEPC failed to suitably assess the risks posed by a nearby active fault that could trigger earthquakes and volcanic eruptions in the region.

Operations at the No. 3 reactor at the Itaka plant were suspended last month when the reactor was brought offline for inspection and maintenance. Prior to Friday’s decision, the reactor was meant to resume production in April.

After the 2011 Fukushima Daiichi disaster, Japan's Nuclear Regulation Authority introduced a 40-year limit on the lifespan of nuclear reactors in the country, but added the possibility of a 20-year extension if the stringent safety measures were met. In addition, in April 2019, the nuclear watchdog toughened rules for obtaining new certificates, demanding that nuclear plant operators upgrade infrastructure at their facilities within the established deadlines to meet new anti-terrorism safety measures.