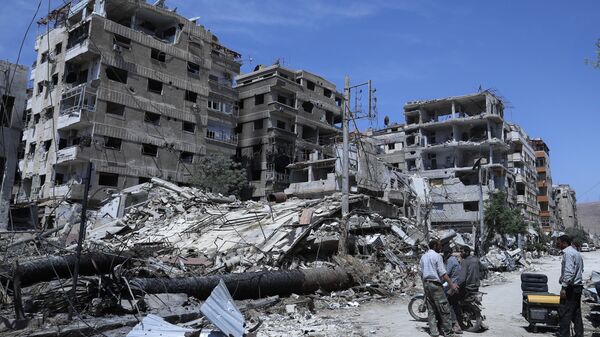 Svetlana Ekimenko
All materialsWrite to the author
On Monday a United Nations Security Council meeting convened to assess inconsistencies within the Organisation for the Prohibition of Chemical Weapons report on alleged chemical attacks in Douma, Syria in 2018 at the request of Moscow, as earlier, Wikileaks published a fresh batch of documents raising questions about the OPCW probe.

A former OPCW specialist, Ian Henderson, has blasted the chemical weapons watchdog for releasing a “sanitised” report on the alleged 2018 attack in the Syrian city of Douma, claiming it omitted key findings from its own fact-finding team.

These details, says Henderson, would have cast serious doubt on whether a chemical attack took place at all.

“The findings in the final [Fact Finding Mission] report were contradictory, were a complete turnaround with what the team had understood collectively during and after the Douma deployments,” Henderson said, addressing members of the United Nations Security Council in a recorded video address.

Ian Henderson, a member of the OPCW team on Douma, spoke today at the UN.

He re-stated his belief that no chemical attack occurred & called the final OPCW report a "complete turnaround in the situation from what was understood by the majority of the team and the entire Douma team." https://t.co/TknX8YZ4Ic

​The former OPCW inspector, whose visa application to attend the meeting in person had been denied, insisted the report blatantly disregarded “findings, facts, information, data or analysis” collected by the team, pertaining to witness testimony, toxicology studies, chemical analysis and ballistics.

According to the retired inspector, although in July 2018 several members of the fact finding team “had serious misgivings that a chemical attack had occurred”, the organisation’s final report released in March 2019 was compiled by a different group that hadn’t visited the incident site and claimed “reasonable grounds” for holding Damascus responsible for the attack.

On Monday, the United Nations Security Council convened at Russia’s request to discuss the chemical watchdog’s report on the alleged chemical attacks in the Syrian city of Douma in 2018.

Addressing the gathering, Russia's OPCW Permanent Representative Alexander Shulgin said that Syrian government forces and Russian military police were in Douma for several days after the alleged “chemical attack,” and that they were able to locate the Syrians who had been shown in the White Helmets video as the victims of the poisonous substances.

Shulgin added that the so-called “independent expertise” disregarded the testimony of those witnesses, as “a conclusion was made stating the usage of chlorine as a so-called 'chemical weapon'.”

“This conclusion diverged from the observation of the Russian military experts who were sure that the [chlorine] reservoirs were placed by militants in the premises by hand for provocative purposes,” stressed the Russian representative. The militants, knowing that a chemical attack would win them international support in their fight with government forces, surrounded their HQ with containers of chlorine so that when an airstrike hit the place, it would be filled with toxic chemicals.

Earlier, in late December, Wikileaks published the fourth batch of documents from the OPCW pertaining to the probe into the alleged chemical attack in the Syrian city of Douma in 2018. 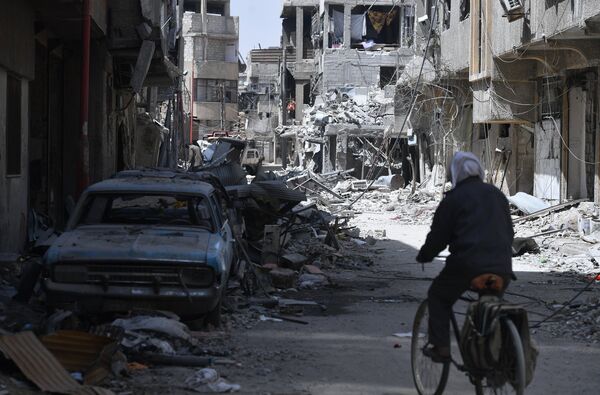 It shared an e-mail exchange between senior officials from the organisation as well as members of the fact-finding team, according to which a senior OPCW official had demanded that Ian Henderson’s “Engineering Assessment”, which carried out a closer analysis of the pair of cylinders found in a residential area of Douma, initially leaked last May, be scrubbed from the organisation's Documents Registry Archive.

Henderson’s report had noted a “higher probability” that the cylinders were “manually placed” instead of being “delivered from aircraft,” suggesting a party other than the Syrian government may have planted them there.

Another document published by Wikileaks, from a OPCW staff member meeting dated 6 June 2018, concedes that an expert probe conclusively established there was no correlation between symptoms manifested by the victims and chlorine exposure.

In March 2019, the Organisation for the Prohibition of Chemical Weapons (OPCW) issued a report into the Douma incident, saying that chlorine was "most likely" the chemical agent used, despite evidence provided by Russia and Syria suggesting the attacks were staged by the White Helmets NGO.

Washington and its allies blamed the Syrian government for the Douma incident, with the US, France and the UK launching joint strikes against Syria in April 2018. 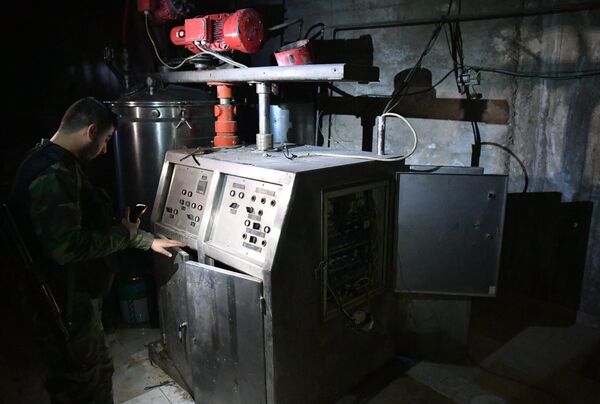 Syria’s President Bashar al-Assad has persistently accused the United States, the United Kingdom, and France of using "stories about chemical weapons" as a pretext for military intervention in the country.