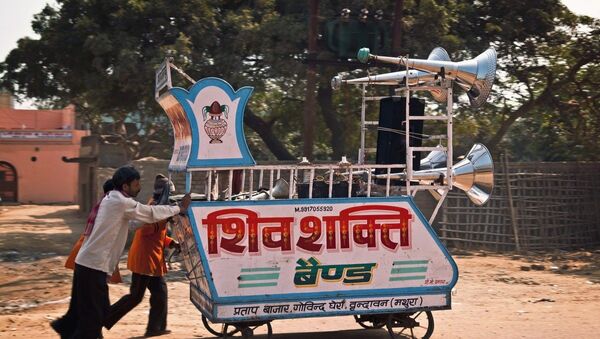 CC0 / /
Subscribe
International
India
Africa
New Delhi (Sputnik): India’s apex court in an order in 2000 had ruled that the “right to religious freedom is related to civil order, morality and health. No religion teaches that loudspeakers and amplifiers should be used for prayer. Even if it is done, it should not affect the rights of others.”

The management of the mosque challenged the ban in the High Court of Allahabad and argued that they sought permission to use loudspeakers for five minutes twice a day. It was claimed that this did not threaten peace, nor was it sound pollution, as it was part of their religious rituals, and necessary to alert community members of the time for prayers.

The High Court, however, refused to lift the ban and ruled that although the Constitution of the country allows all citizens to believe and propagate their religions, the court should exercise its jurisdiction to maintain social balance. In the present case, it is clear that lifting the ban could lead to social imbalances, said the court in its judgement.

In its order, the High Court cited earlier decisions by courts in similar cases including Sant Kumar, and in the Church Of God case.

In the Sant Kumar case, the High Court Bench had ruled: “Following religion is a fundamental right, but it should be treated with the right to privacy. No one has the right to follow religion in such a way that it starts violating the privacy of others. In such a situation, people should stay away from loudspeakers in religious activities.”

Using loudspeakers during religious activities is a common practice among people of all the religions in India.