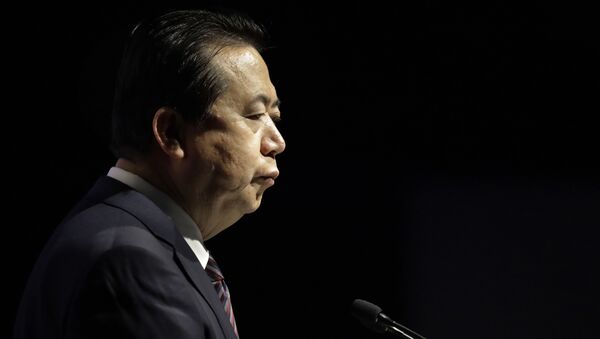 Meng was forced to abandon his position as Interpol's president in 2018 after being arrested on charges of corruption and the misuse of authority for personal gain during his time as Chinese vice minister of public security.

According to China's central television network, which broadcast the verdict, the defendant does not intend to appeal the case.

In June 2019, Meng pleaded guilty to taking bribes, the total value of which is estimated to have been nearly $2 mln.

In October 2018, media reported that Meng had gone missing after travelling to China from France, where the headquarters of Interpol are located. The French authorities launched an investigation into his disappearance after Meng's wife reported she had not been able to contact him since 29 September of the same year.

The Chinese authorities later announced that Meng is accused of violating the law and was under investigation. He later submitted his resignation to the Interpol.