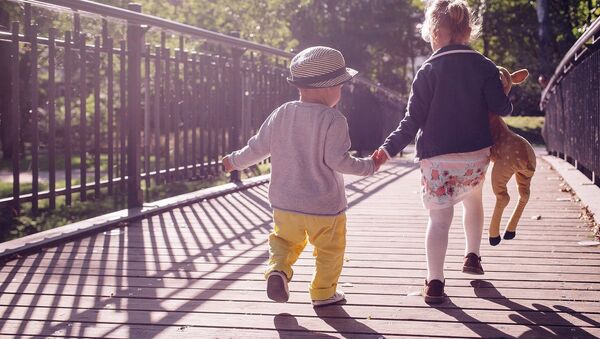 In only a matter of decades, Finland's birth rate has plummeted from 1.87 births per woman as recently as in 2010 to a record low of merely 1.41. This is bound to have major economic consequences, businesses warn.

The Confederation of Finnish Industries (EK), Finland's largest employers' organisation, has urged the government to make political decisions to encourage families to have more children in order to avoid a detrimental effect on the labour force, tax revenues and the ability to fund social services and pensions.

EK director of work and social affairs Ilkka Oksala suggested that the national birth rate, currently at an all-time low of 1.41 children per woman, can be influenced through the right policies, national broadcaster Yle reported. In the 1970s, when the birthrate reached its then historic nadir, the government passed a law that forced municipalities to provide daycare for preschoolers, temporarily reversing the trend by allowing working mothers to keep their jobs.

Now, no single policy will be enough, Oksala stressed.

“Now it’s not even entirely clear what’s behind the low birth rate. That’s why we need several measures. However, I think it’s clear that what matters is how people can combine working life and parenthood,” he noted, suggesting improving access to daycare, reducing daycare fees and parental leave reforms.

The record low birthrate, unlike any experienced since the great famine that happened about 150 years ago, has long sparked concerns among researchers and politicians alike. While previous experience indicated a link between functional early years education and daycare and a higher number of births, Finland already has those systems in place. Additionally, many municipalities have “baby bonuses” in place, as well as service vouchers and other financial perks.

According to the Finnish Centre for Pensions, Finland would either have to boost the employment rate to 90 percent, increase work-based immigration by a net figure of 30,000 per year or restore the birth rate to levels last seen in 2012, in order to maintain a sustainable funding level for the pension system.

Anna Rotkirch, a research professor with the Family Federation of Finland (Väestöliitto) singed out timing as the most important factor. Today's parents are becoming increasingly mature, and the question is often whether or not to have kids at all, she remarked. Recent statistics show that the proportion of people who are sitting on the fence about having children has grown.

In only a matter of decade, Finland's birth rate has plummeted to 1.41 from 1.87 as recently as in 2010, according to Statistics Finland.