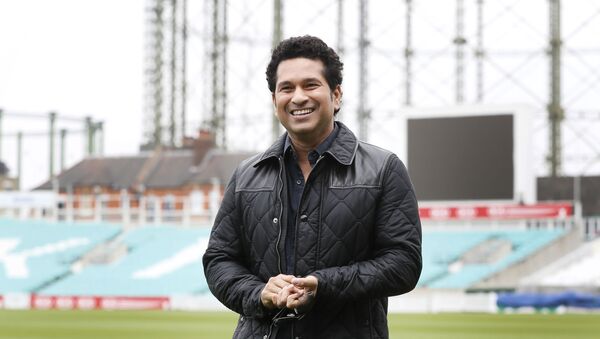 New Delhi (Sputnik): The still raging bushfires in Australia have ruined millions of hectares of forest land, killed 29 people, destroyed over 2,500 houses and wiped out millions of animals. Experts have linked the fires to climate change.

Legends of the cricketing world – India’s Sachin Tendulkar and Courtney Walsh of the West Indies have joined forces to coach two teams, a Ricky Ponting XI and a Shane Warne XI, for a charity match to raise funds to fight the bushfires. Both the teams will clash in the Bushfire Cricket Bash on 8 February.

“We are glad and honoured to have Tendulkar and Walsh joining the former Aussies Captain as coaches for the charity match. It’s going to be a long and wonderful day for the cricket lovers on the 8th and we can’t wait for the involvement of the two legends,” said Cricket Australia in a statement.

in total, three relief matches, starting with the Commonwealth Bank Women's Tri-Series T20I clash between Australia and India, followed by the Bushfire Cricket Bash match and the domestic KFC Big Bash finale, will be played on 8 February.

“The entire match profits and funds will go to Australian Red Cross Disaster Relief and Recovery funds. We appeal to the people of Australia to come together in large numbers for this wonderful cause,” the statement added.

Cricket Australia has also announced that the series in March against New Zealand would be dedicated to volunteers and emergency service workers who lost their lives and property in the fires.

Tendulkar and Walsh are in the ICC hall of fame. Tendulkar is the highest run-scorer of all time in international cricket while Walsh has taken more than 500 Test wickets.