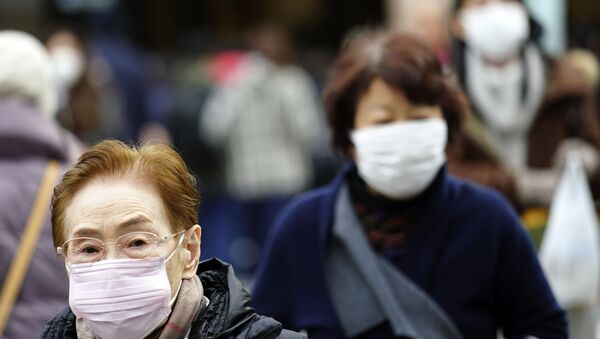 MOSCOW (Sputnik) - Leading health officials in Canada and Australia on Tuesday warned against panic amid an outbreak of a deadly new form of coronavirus, although both countries will step up screening processes at international airports to monitor potential carriers of the virus.

A mysterious pneumonia broke out in the city of Wuhan last month that was confirmed by China and the World Health Organization to be a new strain of coronavirus. On Tuesday, the Wuhan Municipal Health Committee confirmed that a fourth person has died after contracting the virus. The number of confirmed cases in the city has also risen to 198.

However, health officials in Australia and Canada stated that the risk of infection in their countries remains low.

“It is important to take this seriously and be vigilant and be prepared, but I don’t think there’s any reason for us to panic or be overly concerned,” Canada’s Chief Public Health Officer Theresa Tam said, as quoted by Canadian broadcaster CTV.

Her sentiments were shared by Australia’s chief medical officer Brendan Murphy, who played down the risk of widespread infection.

"There is no need for alarm and the risk to the Australian public from this novel coronavirus remains relatively low," Murphy remarked, as quoted by the Sydney Morning Herald newspaper.

Both officials stated that their countries would establish screening methods at international airports. While there are no direct flights from Wuhan to Canada, Tam stated that any passengers from the Chinese city will be asked to make themselves known to border officials, the broadcaster reported.

On Monday, China’s National Health Commission confirmed that the new virus can be spread via human-to-human transmission. There are reports of people testing positive for the new coronavirus strain in South Korea, Japan and Thailand, with the global spread of the virus set to increase as many Chinese nationals plan to travel during the upcoming Lunar New Year holidays.