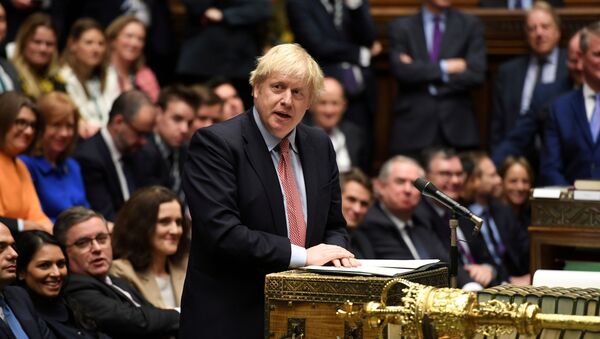 © REUTERS / Handout .
Subscribe
International
India
Africa
Svetlana Ekimenko
All materialsWrite to the author
Prime Minister Boris Johnson set a deadline of 31 December 2020 for the completion of talks on the UK’s future trade relationship with the EU, although details have not been released, reviving fears of nothing but a “bare bones” deal being achieved.

British business leaders are urging greater clarity from the government over its vision for a post-Brexit relationship with the EU, as protracted uncertainty and lack of detail hinder them from planning and investing to full capacity, a new survey has found.

The results of the research conducted by the Institute of Directors (IoD) found that the business sector is manifesting anxiety over the future relationship with the EU, and directors are three times more likely to prioritise negotiations with Brussels over striking new trade deals in other parts of the world.

The IoD cites the survey as showing that despite being buoyed by the newly-minted certainty that the withdrawal agreement concluded by Prime Minister Boris Johnson in October offered, directors are deferring business investments and planning decisions over lingering Brexit ambiguity.

More than half of the 952 directors surveyed, 55 percent, revealed they were waiting for a moment when “we understand our future with the EU” before being able to “make planning and investment decisions” with clarity.

According to the IoD, the survey results show the UK government needs to publish its negotiating objectives for the upcoming Brexit talks to provide the business sector with an opportunity to gear up for the new developments.

“To give businesses any chance of being ready for the new relationship by the end of 2020, the government needs to be as clear as possible about what its intended destination is… With directors clear that negotiations with the EU are the priority right now, clarity is crucial for so many companies,” the IoD’s head of Europe and trade policy, Allie Renison, said.

“Just calling it a free trade agreement gives no indication of the balance between alignment and divergence, which is essential for firms to do any kind of advance planning. Directors need to know what the government’s priorities for market access are for the EU.”

“Avoiding the chaotic uncertainty of leaving the EU without a deal is clearly a relief to business leaders, but they are still much more inclined to feel this Brexit deal on its own doesn’t provide the certainty they need to invest and make plans for the future.”

‘No Alignment’ after Brexit

The current research emerged as UK Chancellor Sajid Javid offered his vision for the UK’s future trading relationship with Brussels in an interview with the Financial Times newspaper on Saturday, 18 January.

Javid warned businesses that “there will be no alignment” with EU rules after Brexit, while holding off on hinting which sectors were expected to diverge, sparking fears of possibly new trade barriers emerging to impact investment, jobs and the economy at large.
Javid said:

Javid conceded that “there will be an impact on business one way or the other, some will benefit, some won’t,” while agreeing certainty was vital to induce businesses to start moving forwards.

The EU’s proposed negotiating guidelines with the UK are expected to be published on 1 February, with their priorities hammered out among member states at a meeting slated for 25 February, the European Commission has confirmed. 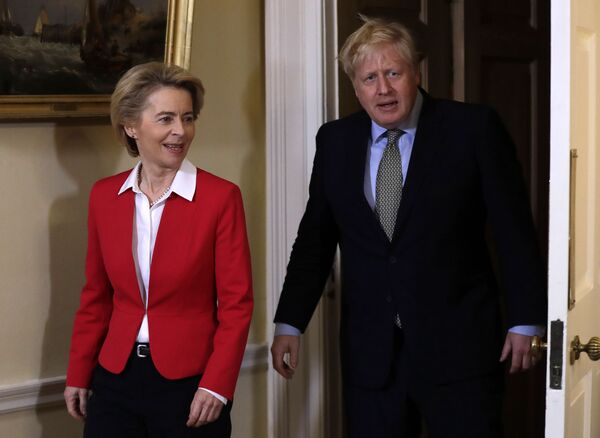 European Commission spokesman Eric Mamer said the commission would only "adopt its proposal for the negotiation directives only once the UK has actually withdrawn from the EU".

Mamer added negotiations will be launched "as quickly as we can" but not "before the end of February, beginning of March".

Government sources have revealed Boris Johnson will deliver a major speech on the UK’s future direction outside the EU at the start of February, writes The Scotsman, yet so far there has been little consultation with business on what is going on in Brussels.

Last year, Boris Johnson had set a deadline of 31 December 2020 in the Conservative manifesto for the completion of talks on the UK’s future trade relationship with the EU, with the timetable significantly shorter than usually required for comparable free trade agreements, with some analysts claiming it would not be possible to achieve anything more than a “bare bones” deal by the deadline.