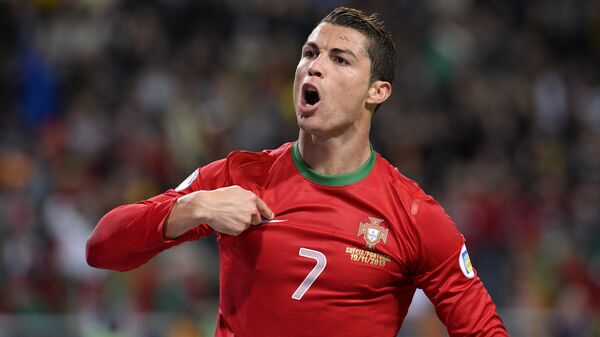 Emotions ran rampant at the Allianz Stadium on Sunday after Juventus defeated Parma, with football star Cristiano Ronaldo scoring two goals. He also gave fans a lot to talk about after a show of particular tenderness to one of his teammates.

The twitterati has been left scratching their heads in the wake of Sunday's Juventus-Parma soccer match thanks to Cristiano Ronaldo's bout of affection towards Paulo Dybala. In a video, posted by Cristiano Ronaldo Brasil, that showed the commotion after Ronaldo's second goal, the Portuguese legend appears to become entangled in a somewhat awkward moment with the Argentine footballer, which some netizens described as a "kiss."

​This moment, of course, could not be ignored by the fans, who expressed a full range of emotions.

"I wish I was Dybala", one of the commentators wrote, while another one also wondered which of the two was in luck - Ronaldo for kissing Dybala or vice versa.

Others, however, rushed to tone down everyone's excitement, pointing out that the two only appear to have kissed while in fact their faces barely touched and Dybala faced away from Ronaldo.

The match that took place on 19 January ended 2-1 in favour of Juve, keeping the club in first place in Serie A.