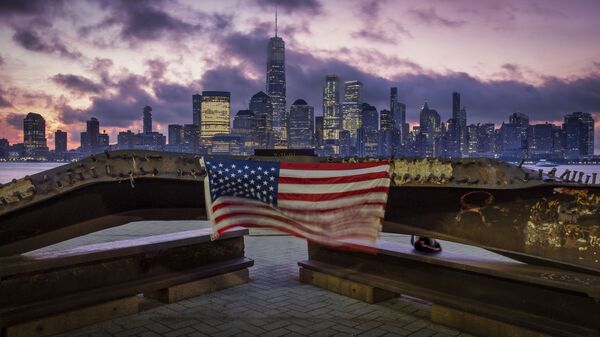 MOSCOW (Sputnik) - The two psychologists who designed the torture methods which the US used to interrogate suspects are set to publicly testify for the first time this week, media reported Monday.

James Mitchell and Bruce Jessen will give evidence in Guantanamo Bay as part of the ongoing pre-trial hearings on the 9/11 attacks about the “enhanced interrogation techniques” which lead to the death of at least one person, according to The Guardian.

The former US Air Force psychologists developed the torture methods starting 2002 and set up a private company in 2005 to provide the CIA and FBI with interrogators and secret foreign facilities, so-called “black sites,” where tortures were carried out, the Guardian reported, adding that the company was paid $81 million before the contract’s termination in 2009.

Lawyers of the 40 defendants, all of whom are detained in the infamous Guantanamo Bay prison camp in connection with the 9/11 attacks, say the testimonies will be a unique opportunity to hold to account those responsible, as reported by UK publication.

The hearing, set to be held at the US-held military territory in Cuba, will be "public" but not accessible to US civilians as Guantanamo Bay is off limits and will not be broadcast to any audiovisual media as prohibition of cameras in the courtroom will be in force.

Prominent rights group Amnesty International welcomed the upcoming testimonies and said its observers will be present in the courtroom to observe proceedings.

“The perverse ‘work’ of these psychologists has dramatically set back the global fight against torture. The interrogation methods they championed have had a rippling effect around the world,” Julia Hall, Amnesty International’s leading expert on counter-terrorism said in a statement published last week.

Amnesty International went on to lambaste US authorities for “protecting and, in some cases, promoting” Mitchell and Jessen, adding that some unnamed European nations are complicit in the torture for hosting “black sites” on their territories.

Both men have proclaimed their innocence and said they have been working on orders from the George W. Bush administration at the time, according to The Guardian.

“Enhanced interrogation methods” as torture took center stage in the US public conversation in the mid-2000’s after CIA officer John Kiriakou blew the whistle on the practices. The UN and most nations have since labeled such practices torture and in violation of international treatises and conventions. Kiriakou has since served a prison sentence for revealing identities of CIA operatives and is now a co-host of a program at Radio Sputnik.

Hundreds of people, predominantly men of Middle Eastern and Asian origin which the US believes are connected to the 9/11 attacks, have been held without charges for years in the Guantanamo Bay prison camp in what has been widely criticized as systematic abuse of human rights and prisoners' rights.