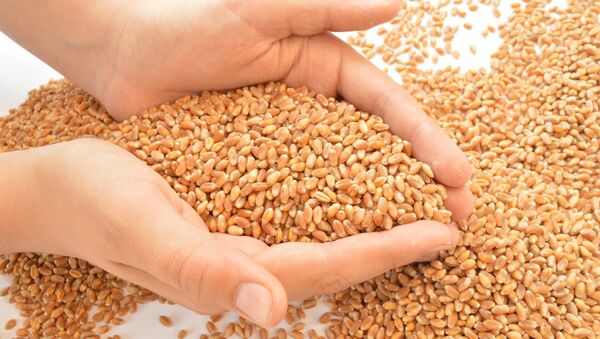 Pakistan approved the import of 300,000 tonnes of wheat without the regulatory duty to end the prevailing wheat crisis in the country and relieve a flour supply shortage.

The Economic Coordination Committee (ECC) on Monday said the first wheat shipment is expected to arrive by 15 February and will continue until March.

The committee has also asked the Punjab province government and Pakistan Agricultural Storage and Services Corporation (Passco) to release the remaining 41 tonnes of wheat stocks to curb shortages.

The Pakistan government is also mulling the abolition of the 5% advance income tax on wheat imports to reduce prices and decrease 200,000 tonnes of wheat to 100,000 tonnes Pakistan state-owned enterprise.

The ongoing wheat crisis has been looming over the country for the past several months. It turned severe when flour and bread prices shot up. People had to queue outside shops and flour mills as flour went out of stock at shops and wholesale markets.

The crisis, which led to a massive jolt on the country’s food industry, emerged in the wake of hoarding and illegal profit-making by suppliers and dealers.

The strike by transporters in Pakistan’s Karachi and the ban by the Punjab government on inter-provincial movement is also cited as the reason behind flour shortages and rises in prices in several regions of Pakistan. The transport association called the strikes due to the increase in penalties on traffic rules violations.

According to the State Bank of Pakistan, the annual inflation rate in the country shot up to 12.55 per cent in September 2019, from 11.63 per cent recorded in August. While Gross Domestic Product (GDP) growth declined at 2.2 per cent compared to the previous year at 2.3 per cent.

000000
Popular comments
Wait until there won't be anywhere they can import from. Then the hunger games will start!