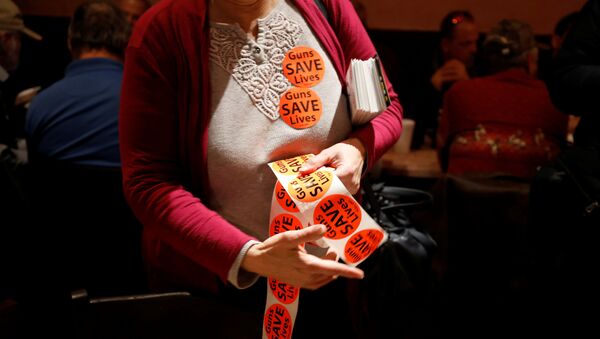 Virginia's Governor Ralph Northam brought forth several proposals to the State Senate Judiciary Committee, that will see further gun control regulations implemented in the state. The governor introduced a state of emergency, issuing a ban on all guns near Virginia's State Capitol ahead of the protests, fearing demonstrations could turn violent.

Opponents of arms control are gathering in front of Virginia's State Capitol in Richmond to protest proposed efforts to toughen gun control in the state, which has traditionally been in favour of the 2nd Amendment of the US Constitution which protects individual rights to keep and bear weapons.

The proposed measures include restricting the numbers of gun purchases per month, carrying out universal background checks, and permission to ban arms in certain public areas. The most contentious proposal is to allow authorities to temporarily seize firearms from anyone deemed 'dangerous'.

President Trump on Saturday tweeted that the 2nd Amendment to the US Constitution is under 'serious attack' due to the policies pursued by the Democrats.