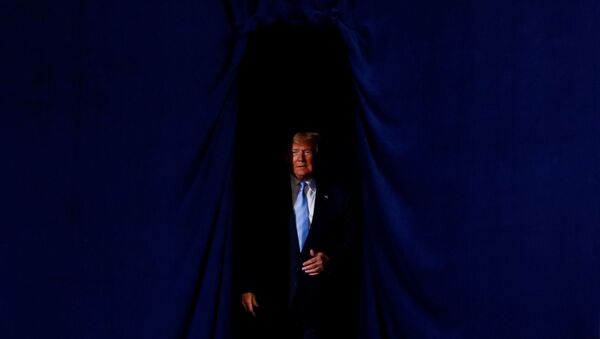 In his address to high-profile GOP sponsors, ahead of the formal start of the 2020 presidential campaign, POTUS pointed out that the Iranian general’s curses against America caused him to decide on his assassination, arguing the commander had been “down on” their “list".

President Trump told Republican donors Friday evening that Qasem Soleimani, the top Iranian commander that was assassinated on POTUS’ orders in a drone attack in Baghdad, was “saying bad things” about the US before his death, as follows from an audio of his remarks obtained by CNN.

At a fundraiser at Mar-a-Lago, Trump recounted in detail what happened in the Iraqi capital earlier this month, before querying emotionally:

Trump said Soleimani, who had earlier been portrayed by the American side as “an imminent threat” to US personnel abroad, was  “a noted terrorist” who “was down on our list” and “was supposed to be in his country” before going to Iraq.

"He was supposed to be invincible", Trump said of Soleimani, understood to be the second most powerful man in Iran after Supreme Leader Ayatollah Ali Khamenei, pointing to his purported role as Tehran’s puppet master behind proxy wars in the region.

The US also holds Soleimani responsible for the deaths of hundreds of US troops in Iraq at the hands of Iran-backed forces, while also citing his alleged plans to launch new attacks against US military personnel in the Middle East and beyond.

Earlier, on his soon-to-be-formally-started campaign trail, Trump also praised the Soleimani assassination, which closely followed an early January raid on the US Embassy in Baghdad, along with an operation conducted late last year that killed Daesh leader Abu Bakr al-Baghdadi.

Iran retaliated for the Soleimani assassination by launching missiles at two Iraqi bases that housed US soldiers, though no service members were seriously injured or killed and despite further intensified tensions, both sides made it clear they would rather de-escalate the conflict.