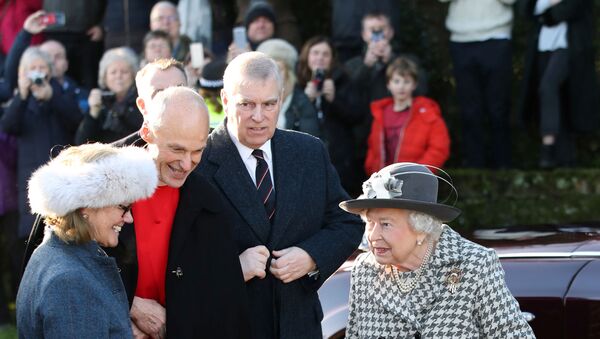 The Queen’s son Prince Andrew came under increased scrutiny over the past year due to his role in a scandal involving convicted sex offender Jeffrey Epstein. Following his infamous interview defending this association, the Duke of York was relieved of his royal duties and had not been spotted with his mother in public since.

Prince Andrew has appeared in public with the Queen for the first time since his scandalous BBC interview about paedophile Jeffrey Epstein and subsequent departure from his royal duties. The Queen was accompanied by her third child when they attended a service at St Mary the Virgin church in Hillington, near Norfolk’s Sandringham estate, on Sunday. It was reported by the Daily Mail that the Duke of York also joined his regal parents for a private lunch on the Norfolk estate the day before.

​The family trip happened just a day after Queen Elizabeth II issued an official statement in relation to another crisis for the monarchy – Prince Harry and Meghan Markle’s abdication from their royal duties.

On 8 January, the Duke and Duchess of Sussex declared that they would live “financially independent” lives and balance their time between the United Kingdom and North America from now on. This was confirmed by the Queen on Saturday, who officially announced that the Sussexes would no longer use their HRH titles and receive public funds for royal duties. 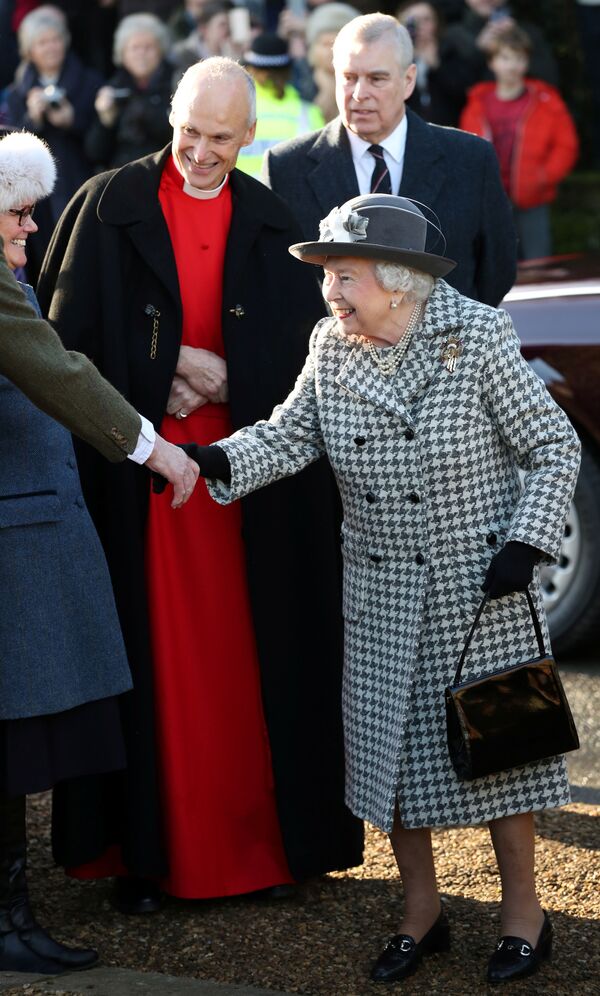 As Elizabeth II and her son were pictured beaming and relaxed as they made their way into the church, some netizens suggested that a showcase of Queen’s public affection to her partly disgraced son may directly be connected with a clamour surrounding Megxit.

Prince Andrew is OK but Meghan and Harry are the evil ones... Cool, cool.

Others were just appalled to see the British monarch grinning next to her son following the public outrage caused by Prince Andrew’s catastrophic interview, where he defended his friendship with convicted sex offender Jeffrey Epstein.

She's standing by him.
Disgraceful!

Why is the modern world catering to pedos!

Jeffrey Epstein had been under investigation for nearly two decades at the time of his death in his cell this past August, where he was being held while awaiting trial on sex trafficking charges.

When the Queen Passes Away Draw Final Curtain on Royal Family
Prince Andrew was one among many powerful friends of the deceased financier and has been accused of having had sex with one of Epstein’s alleged victims, Virginia Roberts Giuffre, when she was only 17 –claims he has repeatedly denied. The Duke of York tried to address the allegations of misconduct in his infamous interview with the BBC, after which he was dismissed from his royal duties following public outrage amid his perceived lack of sympathy for Epstein’s accusers.
Newsfeed
0
Access to the chat has been blocked for violating the rules . You will be able to participate again through:∞. If you do not agree with the blocking, please use the feedback form
The discussion is closed. You can participate in the discussion within 24 hours after the publication of the article.
To participate in the discussion
log in or register
loader
Chats
Заголовок открываемого материала