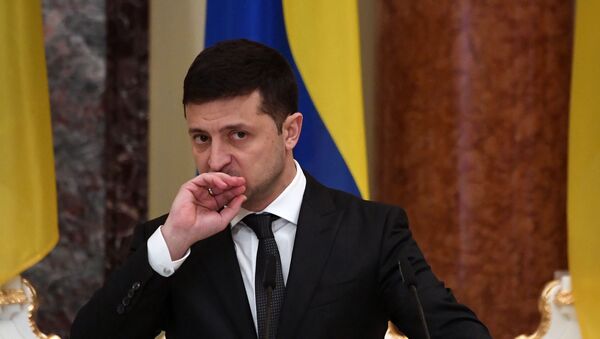 KIEV (Sputnik) - Ukrainian Prime Minister Oleksiy Honcharuk said on Friday he has written a letter of resignation and submitted it to President Volodymyr Zelensky.

"I came to the position of fulfiling the President's programme. He is for me a model of openness and decency. However, in order to take away any doubts about our respect and trust in the President, I wrote a letter of resignation and handed it to the President with the right to submit it to Parliament", Honcharuk wrote on Facebook.

Zelensky's press office said that the president had received the request and would consider it.

"The head of state will consider the request. The office of the Ukrainian president will announce the results of the consideration later", Zelensky's press office said in a statement, posted on Telegram.

Ukraine Needs to Earn a Reputation for Keeping its Promises – UK Cabinet Archives
The move comes days after voice recordings from an alleged meeting between Honcharuk with the head of the country's Finance Ministry and representatives the country's national bank emerged on the internet.

During the alleged meeting, Honcharuk said that he is "a know-nothing" when it comes to economics and demanded the people present at the meeting come up with an adequate explanation for the president on the current state of the Ukrainian currency.