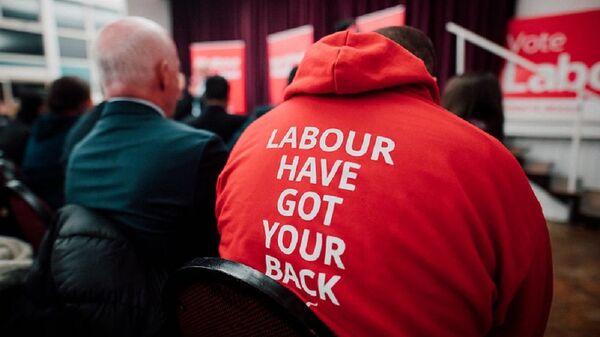 Neil Clark
All materials
The result of the Labour leadership contest is due to be announced on Saturday 4th April, Grand National day, which is quite appropriate as all five ‘runners’ have fallen at the very first fence.

What bright spark decided that the result of the Labour leadership election would be announced on Grand National Day when millions of Britons will be focusing not on domestic politics but on horse-racing?

You could say it’s a major public relations fail for Labour, especially if Tiger Roll wins the race for a historic third time in a row, and dominates all the headlines. In another sense though, it’s actually quite appropriate. Because the Labour leadership contenders, to carry on with the racing analogy, have all fallen at the very first fence.

On Sunday, the Board of Deputies requested that the leadership hopefuls signed up to their Ten Pledges to end what they call "the AntiSemitism crisis".

They declared "We would expect candidates for Labour and Deputy Leader to publicly and unequivocally endorse these in full."

All five leadership contenders did, with the alacrity of Usain Bolt.

But did they actually read the pledges or give any serious thought to what they entailed? Most are highly problematic, some completely outrageous (and potentially even illegal).

Pledge 2 states "Make the Party’s disciplinary process independent." The Board of Deputies wants an "independent provider" to process anti-Semitism complaints.

How many political parties would agree to outsiders - perhaps outsiders with an antipathy towards their own party- taking over their disciplinary procedures?

But the Labour leadership candidates did! Pledge 3 says that "Jewish representative bodies" should be given the right to regular case updates. But wouldn’t this breach data protection legislation? Again, the Labour leadership candidates have no such concern. Pledge 4 is quite vindictive and says that "prominent offenders" who had left or been expelled from the party should never- I repeat never- be readmitted.

But what if they were innocent? Or if they did say something deemed anti-Semitic once, but later said sorry? Should people forever be made outcasts for one tweet/statement made years ago? Why, unlike other offences, where redemption is allowed, should "anti-Semitism" be considered "one strike and you’re out for eternity?"

Tony Blair led Britain into an illegal war with Iraq which led to the deaths of 1m people. But he is still a Labour party member and faces no suspension or expulsion. By contrast, the pro-Corbyn left-winger and lifelong anti-racist campaigner Chris Williamson was wrongly suspended and then re-suspended, even though he expressly referred to anti-Semitism as a "scourge" in his speech. Where is the justice in that?

Pledge 5 brings to mind the Salem Witch Trials of the early 1690s. It says that "any MPs, Peers, councillors, members of CLPs who support, campaign or provide a platform for people who have been suspended or expelled in the wake of anti-Semitic incidents should themselves be suspended from membership."

So anyone who believes that someone has been wrongly suspended/expelled and expresses an honest opinion to this effect should also be kicked out! Yet in the case of Chris Williamson MP, even the court ruled that his re-suspension was unlawful.

So even if courts don’t agree with a suspension/expulsion, and order Labour to pay the wronged persons legal costs, we’ve all still got to keep quiet, for fear of being suspended ourselves! The whole ‘guilt by association’ thing, as I’m sure you’ll agree, is quite outrageous, yet the Labour leadership candidates, including the ‘left’ candidate Rebecca Long-Bailey, all agree with it!

Yet he Labour leadership candidates seem quite happy for the free speech of party members to be restricted in this way.

A narrative has been pushed quite relentlessly by political opponents and pro-Israel advocates,  that anti-Semitism is absolutely rife in Labour, but just a few days before the BoD unveiled their "Pledges" to deal with what they - and others call a "crisis," it was revealed that after investigation just five Labour members had been referred by the police to the CPS for "possible" prosecution. That’s five out of a membership of over half a million.

Rather than push back though against the demonstrably fake news that Labour is totally infested with antisemites, the leadership candidates all want to indulge a witch-hunt- which has done the party so much harm in the last few years- still further. Rebecca Long-Bailey, the so-called "left" candidate - actually wrote in a jewishnews.timesofisrael blog: "The only acceptable response to any accusation of racist prejudice is self-scrutiny, self-criticism and self-improvement."

Given your support for the @BoardofDeputies pledges, if I join tomorrow I'll be suspended next week in spite of being a child of holocaust survivors. https://t.co/JW1UkHJmqw

​Really, Becky? But what if the accusation is clearly false and made by a bad faith actor for political purposes? Do we still have to carry out "self-scrutiny, self-criticism and self-improvement?" As Media Lens pointed out on Twitter, this is an insane position. Long-Bailey also says that people who diminish the problem of anti-Semitism in Labour have to be excluded. But the statistics show that it is (thankfully) a very small problem. As Media Lens point out expelling anyone who attempts to rationally challenge the claims for "diminishing the problem," is far beyond McCarthyism. It’s actually McCarthyism on steroids.

So if anyone, for any reason, alleges that we at Media Lens despise people of colour, perceiving them as sub-human, our 'only acceptable response' is 'self-scrutiny, self-criticism and self-improvement'? Is that right? And we can't defend ourselves. This is an insane position. https://t.co/4CDoM12xNM

​And what can we say about the views of another leadership hopeful, Emily Thornberry? Writing on the same website as Long-Bailey, she declared in an article entitled "We need to get on our hands and knees and ask for forgiveness: driving antisemitism out of Labour would be my most urgent priority. No more suspensions, training sessions or forgiveness, I would just kick these scumbags out of our party, the way we should have done long before now." Thornberry is the wife of Sir Christopher Nugee, a High Court judge. Due process anyone?

Enlightenment values are being abandoned. Important legal principles such as the presumption of innocence and the burden of proof are being reversed. If accused of anti-Semitism and on the left, you are guilty until proved innocent ( even if you are Jewish yourself and your accuser isn’t!)   But even if you are innocent you won’t be declared innocent as some people might object.

Labour Leadership Candidates Urged to Back Muslim Council's Ten-Point Anti-Islamophobia Plan
And don’t you dare try and defend yourself against the accusation-or question the motivations of the accuser- as that would be anti-Semitism too! Audi alteram partem (hear the other side) does not apply here. Just accept the accusation and take your punishment.

Where is the mainstream media outcry against what is going on? The usual vocal supporters of "free speech" and ‘liberal values’ are silent. Meanwhile the Labour leadership candidates, by promising to take the witch-hunt even further, have shown that none of them are worthy of support.