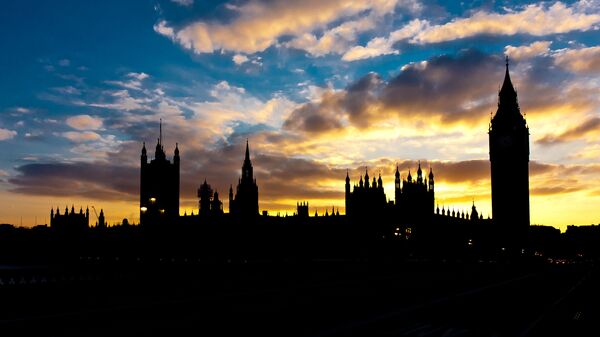 CC BY 2.0 / Hari K Patibanda / Silhouette of the Big Ben and the Parliament House
Subscribe

Jon Gaunt
All materials
Why do the Remainiacs who infest the Establishment hate our country so much? When are they going to understand that they are completely out of touch and disconnected from the majority of people in the UK?

The latest example is this ridiculous row over the ringing of Big Ben on January 31st.

There should have been no discussion over this. Of course, the bells should ring out on the evening when we get our sovereignty back. In fact, as I have said many times before, I would like to hear church bells ring all over the UK on this historic evening.

However, there’s no chance of church bells ringing all around this green and pleasant land as Bishop after Bishop has been on the Brussels Broadcasting Corporation saying that using the bells like this would be a political event and the church is not political!

Really? Well, I wish someone would tell the Archbishop of Canterbury that too.

I even heard one cassock clad clown say “I think we should be ringing bells on 1 February, not to celebrate Brexit but to call people together to pray for our nation at this critical time". Remind me again the church is not political?!

Another collared ignoramus said, in his best sixth form debating style, "Two-thirds of the population never voted for Brexit in the first place. It’s deeply divisive to ring church bells for something like this".

Could We All Move on Please

With bizarre undemocratic and ignorant logic like this they still wonder why their congregations are dropping like a stone? Is this the lefty snowflake, woke message they push out from the pulpit week after week?

Mind you the crazy clergy have actually been outdone by a Royal Holloway University lecturer, Dr Mark Berry who thinks that the ‘Leave means Leave’ party on January 31 is a 're-enactment of Kristallnacht'. This of course was the Nazi's vicious assaults on Jewish property in 1938. A little bit over the top surely?

It is these kinds of people who are stoking up division but they accuse us leavers of being gammon or racist? If the losers just accepted the fact that the people have spoken and they lost we could all move on, couldn’t we?

The people made their decision to leave over three and a half years ago and the establishment have done all they can to divert, delay and stop our democratic decision and they’re still refusing to offer so-called losers consent.

It is this refusal that has and is creating further division in our country and it has to stop.

Those of us who voted to leave, won on 21 June 2016, and the result was effectively put beyond doubt with Boris Johnson's massive demolition of Jeremy Corbyn on 12 December 2019.

Bong for Brexit: Boris Johnson Proposes Crowdfunder to Get Big Ben Chiming
We wanted to leave and we are leaving. So why try and stop the party?

However, now Parliament is again trying to thwart the plans.

Where has this ridiculous 500-thousand-pound cost come from to ring the bell?

How much did it cost on New Year?

It is clearly a made-up figure.

The cost of the bell ringing is obviously nonsense especially when you compare it to the £39 BILLION we are giving the EU to leave or how much we spend on fireworks on New Year’s Eve.

However, Boris made up policy on the hoof and suggested that we should all ‘bung in a bob’ for the bong and over £120 thousand pounds was raised in 24 hours and over 9 thousand people donated to the fund.

So, the cost is no longer a problem.

Let the Bells Ring out

Yet, now the Remainiacs in Parliament come up with another excuse which is that they cannot accept cash from the public quoting some arcane rules!

It is just another attempt to stop us celebrating our great country.

Now Boris looks like he going to back down which would be a massive mistake.

He should not because as Mark François says, “The prime minister has said repeatedly since the general election that we must listen to the will of the people.”

Ideal Scenario for UK Would Be a No-Deal Brexit – Journalist
The real reason that Parliament are trying to thwart the plan for the bells to ring out is because they do not want to admit that the people were right and they were wrong.

No one wants to gloat on 31 January, we just want to demonstrate, as Boris keeps saying, that this is a great country and that our future is bright.

Boris must stop sitting on the fence on this one and force through an emergency motion to make this happen.

Let the bells ring out for Freedom, Liberty and Peace.